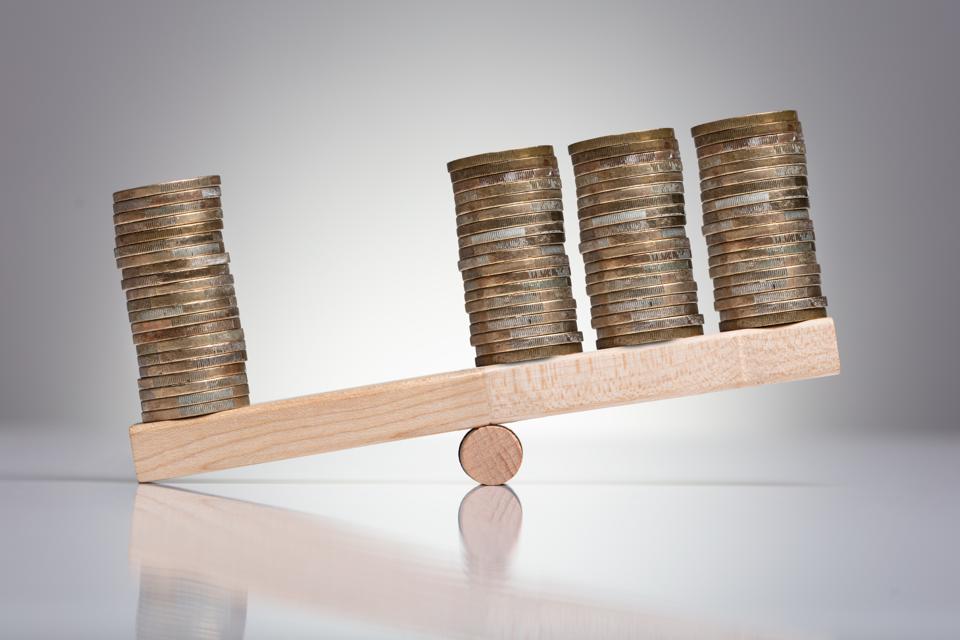 Wealth inequality has been on the rise for decades. Since the 1980s, nearly all of the rise is due to the increase in wealth of the top 0.1 percent of families. The share of wealth owned by those families rose from 7 percent in 1979 to 22 percent in 2012. The bottom 90 percent of households held around 35 percent of all wealth in the 1980s, but held just 23 percent in 2012. New reporting shows that the trend is continuing and 2019 was no better.

In 2019, the 500 richest people saw their wealth rise 25 percent. Collectively those 500 people added $1.2 trillion to their already massive net worth, now at $5.9 trillion. Just the 172 American billionaires added $500 billion to their fortunes. But wealth inequality isn’t just about individual families and their fortunes. It’s also about the systems that not only allow it, but help to exacerbate it, leaving lower- and middle-income families behind.

A perfect example of where this plays out is higher education. The entire system—including admissions, paying for a degree, graduate school, and high-paying employers—is structured in a way that benefits those at the top. People with wealth are most likely to enroll in higher education, have the resources to pay for it, and pay for the most expensive schools. Colleges and universities give out “merit” scholarships based on test scores, GPA, and extracurricular activities—all things that tip the scale to the wealthy who already have the resources to pay for a college degree.

Very few low-income students are admitted or recruited to elite universities. And those are the places where high-paying employers go to recruit. Instead, those low-income students that are able to enroll in college disproportionately attend under-resourced colleges or universities, or worse, are recruited by low-quality, predatory for-profit colleges that saddle them with debt they can’t repay.

Students of color receive the worst of that. For-profit colleges make up only a small portion of all colleges, but they enroll a much larger share of students of color. Thirteen percent of Black students enroll in for-profit colleges, compared with just four percent of White students. Historically Black Colleges and Universities (HBCUs) that produce many Black gradautes are some of the most under-resourced schools due to years of neglect and systemic racism.

Democratic presidential candidates Elizabeth Warren and Bernie Sanders have proposed a wealth tax to address the rising wealth gaps and fund programs as key pieces of their platforms. (Most Democratic candidates have proposed raising taxes on the wealthy, but all have not endorsed a wealth tax as their mechanism to do so.) If successful, a wealth tax would certainly change the structure of the system today that allows for the widening gap. Sanders says he would pay other plans, but Warren says she would use it to pay for her higher education plan, among other plans.

Warren’s plan would eliminate public undergraduate tuition, pay living expenses cancel up to $50,000 in student debt, a $50 billion fund for HBCUs, and more. But the billionaires today don’t have to wait for a wealth tax to pass to make a difference. With the massive wealth they’ve obtained, they can give back today in an effort to level the playing field. There are many things they could do that would help to close the gap. Of course, these people often donate large sums of money either individually, through a foundation, or both. But what if they took just a portion of that wealth today and focused on higher education?

Billionaire—and presidential candidate—Michael Bloomberg made the headlines when he donated $1.8 billion to Johns Hopkins University to assist with financial aid for students. While well-intended and admirable on its own, that money could’ve been better spent. Johns Hopkins is an elite school where only 32 percent of students borrow to attend and only 12 percent of students are low-income. Not that far away is a community college with an endowment only a tiny fraction the size of Johns Hopkins. A more targeted donation would make a big difference in the lives of those who need help the most.

One way the top 1 percent could really change the system is to donate to community colleges and HBCUs. Facebook’s Mark Zuckerberg increased his personal wealth by $27.3 billion in 2019. His increase—not total wealth—is more than 7 times the sum of the endowments of all HBCUs according to data from the Department of Education. Donating to those schools would allow them to invest in financial aid, improve facilities, and build capacity to properly support students.

An unconventional way the top 1 percent could make a difference is to pay the debt of just some borrowers or a lower amount. Student who start a degree but don’t finished are three times as likely to default on their loans. They enrolled in college for some time, took on some debt to do so, but don’t see the earnings premium a college degree provides. And those borrowers often have low balances. About two-thirds of defaulters have loan balances under $10,000. Considering the growth in wealth this year of $1.2 trillion—just shy of the cumulative outstanding student loan balance for all borrowers—for those 500 families could make a big difference in the lives of those borrowers struggling the most.

Students and families shouldn’t have to rely on billionaires to make donations to improve higher education. States and the federal government should invest in higher education to lower the cost and improve the quality of their degree. And that should be funded by taxes on those with the most resources. However, until governments act to make these needed changes, those with wealth can recognize their circumstances and work to make a difference. A investment in higher education would help to create a more equitable system put it on the path to leveling the playing field.