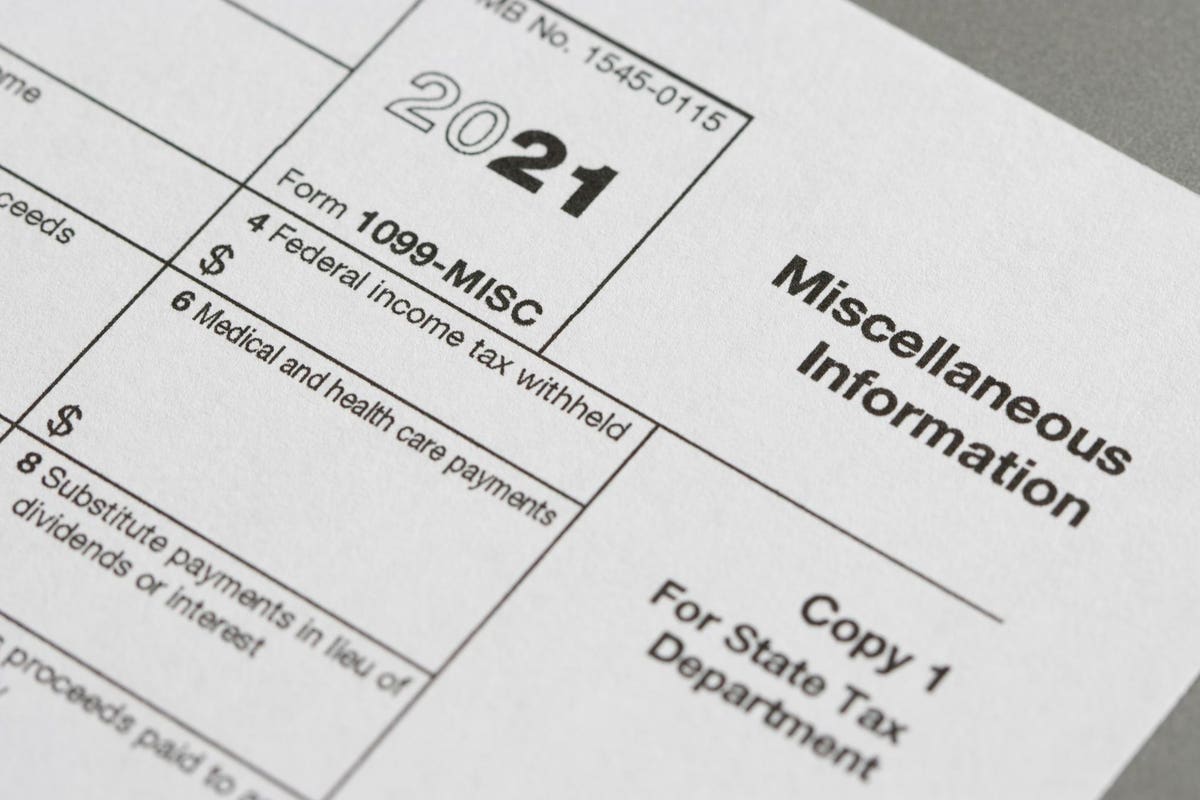 IRS Forms 1099 allow computer matching of Social Security numbers and dollar amounts paid. That makes it possible for IRS collection efforts to be streamlined and automated. Failing to report a Form 1099 on your tax return (or at least to explain it) is likely to get you an IRS notice in the mail asking you to pay tax on the amount you failed to report. Thus, if you receive a Form 1099, report it, even if you are claiming the money should be tax free. You’ve heard all this before, but is it wrong in the case of lawyers? Lawyers, it turns out, are singled out when it comes to IRS Forms 1099. There are hundreds of pages of regulations about Forms 1099, and there are multiple tax code sections too. Section 6045 of the tax code requires that all gross proceeds paid to an attorney must be reported on a Form 1099, even if the money is not income to the attorney and the attorney is only receives the money for their client. In general, money sent to a lawyer or law firm triggers a Form 1099.

Everyone should pay attention to what kind of form they receive and in what box the payment is included. You can’t really know what to put on your tax return without knowing the details. But it’s the gross proceeds one for lawyers that is the most surprising. It reports a payment, but not necessarily a report of income the way the other Forms 1099 and boxes are. If a lawyer is settling a case for a client and most of the funds are really for the client, the Form 1099 is still required for the whole amount. Its purpose is not to track the attorneys’ income taxes, since most recoveries received by attorneys are not the attorneys’ income, but to document the gross legal settlement, and to measure a defendant’s tax deduction (if any) claimed on the settlement payment.

That duplicate reporting means in a $1M settlement to be divided $600k to client, $400k to lawyer, the lawyer usually gets a Form 1099 for $1M, and so will the client for the full $1M (again, assuming that an exception does not apply for the client). Gross proceeds paid to an attorney are not reported as income on the Form 1099, but are instead reported in a special box, Box 10, which is specifically labeled as “gross proceeds paid to an attorney.” Unlike the other boxes on a Form 1099, the IRS does not assume that amounts reported in Box 10 are income.

In fact, in my experience, Box 10 reporting rarely results in a tax examination for an attorney who receives Box 10 reporting. Note that the gross proceeds reporting for lawyers applies even if the law firm is a corporation, overriding the normal Form 1099 rule that you don’t have to issue Forms 1099 to a corporation. Of course, whether you receive a Form 1099 for a payment or not, you must report your income, all of it. And if you receive Form 1099-NEC, or a 1099-MISC Box 3 (other income), you should declare it as income. But how about all those big gross proceeds Forms 1099, box 10?

That one is different. If a $1M settlement is reported and $400k is your fee, what should you do? Plainly, you must report your $400k fee. However, you do not need to report the $1M and deduct the client $600k. You just report your fee. You don’t need to report the $1M Form 1099 as gross income, since it is not reporting that amount as income to you. Worry about Forms 1099 causes some clients and some lawyers to prefer separate checks, one for the funds payable to the client, and one for funds paid to the attorney directly. That way the attorney receives a Form 1099 for only the attorney fees, and not also for the client’s money. And the client may think he can sidestep tax on the legal fees that way. If the defendant is savvy about taxes, they are likely to know that how the checks are cut may not obviate duplicate reporting of the legal fees.

In 2005, the U.S. Supreme Court decided the Banks case, ruling that plaintiff’s generally have gross income on 100% of a case, even if they only net 60% and never see the direct payment of the 40% to their lawyer. Put another way, the Supreme Court said that as a general rule, the money is all really the client’s for tax purposes. The client then pays the lawyer (even if the lawyer nets the payment before the client touches it). That is why clients care deeply about whether they can deduct legal fees. In many cases they can, though there are exceptions. And even if the plaintiff is entitled to deduct legal fees, there are nuances that often make it necessary for plaintiffs to need professional tax help. As for lawyers, paying attention to Forms 1099 is important. And lawyers issue a great many Forms 1099 too.