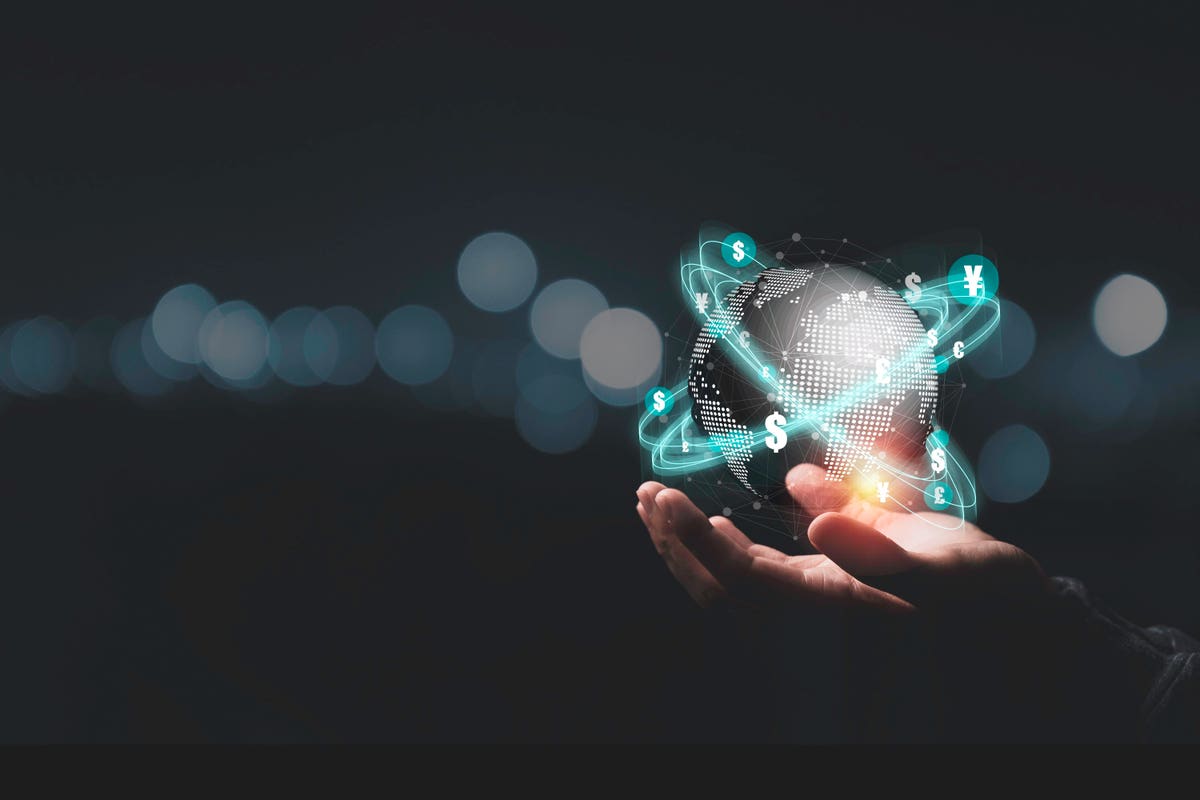 Let’s talk about Rev. Proc. 2015-41, 2015-35 IRB 263. In case anyone has forgotten, this guidance provides details on the procedures for requesting and obtaining an advance pricing agreement from the IRS’s advance pricing and mutual agreement program. The scope of the guidance includes the processing of applications, negotiation of agreements, verification of compliance, and evaluating whether modifications are necessary. Not the sexiest topic in the tax world . . . or is it?

The revenue procedure is relevant today because in November 2021 the IRS and Treasury announced they were seeking public comments on it in relation to forthcoming regulatory projects. The request for comment was vague as to which aspects of the APA universe are ripe for enhancement. The IRS and Treasury released their 2021-2022 priority guidance plan two months earlier, which included another nonspecific reference to updating the revenue procedure — item E.5 of the plan’s international provision. The phrasing suggests the guidance would address the administration of executed APAs as well as procedures for procuring new ones.

That’s in addition to guidance on other transfer pricing issues not directly related to APAs. Item E.4 of the plan’s international provisions references the need for clarification of the arm’s-length standard related to:

All of this suggests we might soon see a batch of guidance that goes beyond the basic chore of updating the transfer pricing regs to better reflect changes introduced by the Tax Cuts and Jobs Act — item E.2 of the plan’s international provisions.

The TCJA is more than four years old. The reasons why the conforming transfer pricing guidance projects have stalled are not entirely clear.

The consequences of fiddling with the section 482 regs can be so far-reaching that the subject matter naturally lends itself to bouts of inertia. We’re hoping there’s no similar reluctance to updating Rev. Proc. 2015-41.

This article contemplates that the treatment of cost-sharing arrangements (CSA) could feature prominently in the updated revenue procedure. One comment submitted to the IRS, if adopted, would represent a bold departure from the way things are done.

It would have the IRS decline any request for an APA when the taxpayer also seeks a CSA or has one already in place. Basically, this would turn the worlds of APAs and CSAs into non-overlapping Venn diagrams. To have one would preclude having the other. This follows from the view that CSAs are, essentially, an enabler of profit shifting. Some readers will vigorously disagree. Indeed, some already have.

Among the public comments submitted to the IRS regarding Rev. Proc 2015-41 was a January 3 letter from Jeffery Kadet and Stephen Curtis. Together, the authors claim many decades of experience in international taxation with major accounting firms.

Their primary beef with CSAs is that the arrangements convey results that Congress never intended, such that APAs based on the presence of a CSA often prevent application of the commensurate with income standard.

Why do CSAs exist in the first place? Kadet and Curtis remind us that CSAs were initially used to avoid foreign withholding taxes on royalty payments. The concept was to replace taxable royalties with payments that could be described as an outbound research and development expense. To achieve that end, the foreign subsidiary of the U.S. taxpayer must acquire an equity stake in the intangible — because no rational enterprise would contribute to the R&D costs of an asset it doesn’t own.

You seldom see a CSA between unrelated parties because it implies reckless behavior on the part of the transferor. Multinationals don’t enhance shareholder value by giving away their precious intellectual property to strangers.

This original motivation for intragroup CSAs diminished with the expansion of the U.S. treaty network that saw reductions in source-country royalty withholding. The role of CSAs evolved. Rather than provide contractual cover for disguised royalties, the objective turned to a different type of tax benefit, which Kadet and Curtis describe as:

“To provide a contractual basis for a zero or low-taxed group member, the entrepreneur subsidiary, to contract with and record revenues from third parties for products and services that are physically provided by other group members, which are most commonly U.S. group members.”

Kadet and Curtis do not discount the possibility that CSAs could serve a legitimate purpose. They provide the example of a tool manufacturer with one subsidiary that wants to adapt the company’s electric motor for use in garden tools, while another subsidiary wants to adapt the same motor for use in hand tools. Under those circumstances, it makes sense for the two group members to share in the development costs of enhancing the motor.

That scenario is not what the commentators observed with the CSAs for the likes of modern companies like Facebook, Apple, or Google. As they see it, the point of these firms’ CSAs is to stuff IP rights into one or more entrepreneur subsidiaries so that group profits from third-party sales aren’t taxable in the United States, whereas they would be in the absence of the CSA.

As one piece of evidence, the commentators highlight the perplexing matter of Google, which terminated its CSA in 2019 and “almost instantaneously” doubled its U.S. pretax income and halved its foreign pretax income. Termination of the CSA did nothing to materially alter Google’s operations or change its balance of U.S.-to-foreign assets, personnel, sales, or revenues. Yet that singular move resulted in an estimated profit shift (here, a shift to the U.S. tax base) of $20 billion.

Google’s situation might be an extreme example, but it underscores the point. If that’s what the abrupt unwinding of a CSA does to move profits back into the U.S. tax base — without an accompanying change in the taxpayer’s operations or profitability — think of what the implementation of a CSA could accomplish in the opposite direction.

If given their druthers, Kadet and Curtis would go further than just keeping CSAs out of APAs. They endorse the abolition of reg. section 1.482-7, generally, so that cost sharing isn’t permitted between related parties.

They concede that such an aspirational reform goes beyond the present exercise of providing public comments on a revenue procedure. Given that limited scope, they call on Treasury and the IRS to set a new policy in which CSAs are no part of APAs going forward. The position could be applied retroactively, with the government terminating any APA that features cost sharing or other intragroup intangible transfers. That would be consistent with the phrasing of item E.5 on the priority guidance plan that references administration of executed APAs.

What’s the harm in scrutinizing the buy-in or platform contribution transfer payment? As Kadet and Curtis see it, the act legitimizes the CSA structure itself. Kadet and Curtis aren’t alone in taking a dim view of CSAs in the context of tax planning. Other commentators portray cost sharing as an “expensive mistake” that has outlived its usefulness.

As a fallback position, Kadet and Curtis make an alternative recommendation. They’d add a requirement that CSAs be permitted in APAs only when each of the participants factually exploits the cost-shared intangibles within their own individually conducted businesses.

The previous version of the regs contained a passage that read as follows:

“A cost-sharing arrangement is an agreement under which the parties agree to share the costs of development of one or more intangibles in proportion to their shares of reasonably anticipated benefits from their individual exploitation of the interests in the intangibles assigned to them under the arrangement. [Emphasis added.]”

Accordingly, the revised revenue procedure would reestablish this requirement and include specific examples clarifying that the individual exploitation requirement would be flunked if any other person (related or not) conducts business functions that the putative participant could not perform itself or did not have the capacity to direct others to perform on its behalf.

If the blanket prohibition of cost sharing in APAs strikes you as too extreme, Kadet and Curtis offer a milder reform that is more palatable — and could just as easily feature in an updated version of Rev. Proc. 2015-41. The IRS should never waive periodic adjustments in an APA. Never ever.

Section 6.03 of Rev. Proc. 2015-41 contains language to the effect that an APA may preclude the period adjustment mechanism, either during or after the APA’s term. The commentators recommend any updated future guidance eliminate the exemption of periodic adjustments in the case of APAs that involve CSAs. Ideally, the exemption would be eliminated for all other categories of intangible transfers, including those occurring outside the context of CSAs.

Waiving the ability to make periodic adjustments is inconsistent with the congressional mandate to use ex-post profitability. This is part of the broader conversation about what the arm’s-length standard means, and whether the second sentence of section 482 is to be read as complementing or competing with the first sentence. Those other issues won’t get resolved until we receive further guidance on transfer pricing, suggested by the priority guidance plan.

By comparison, updating Rev. Proc. 2015-41 is an easier task. Treasury and the IRS can make a lot of meaningful progress, even if they choose not to go big when dealing with CSAs. Let’s hope they’re not limited by a lack of ambition.