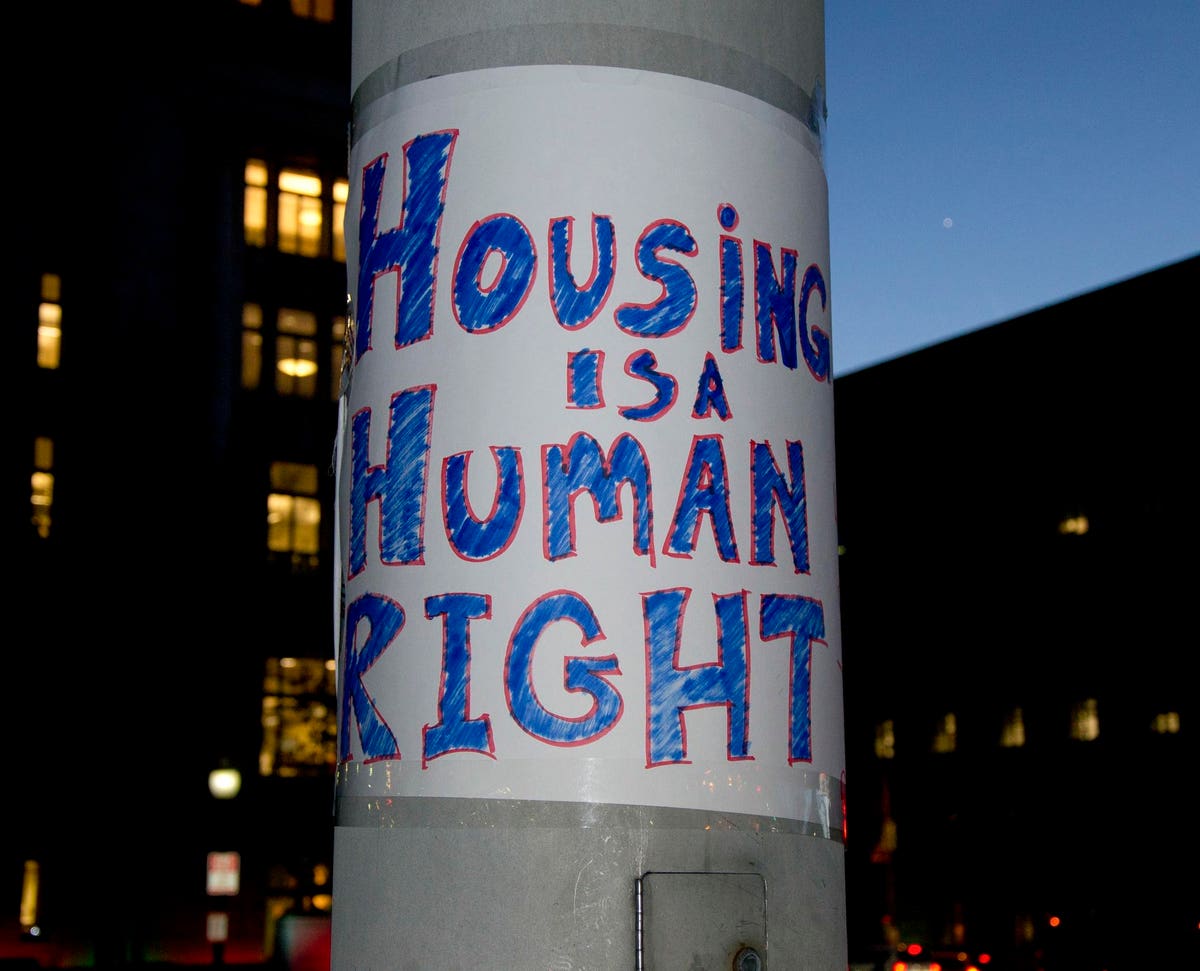 There may be a major turning point in the Year 15 Low Income Housing Tax Credit (LIHTC) controversy with the Sixth Circuit’s opinion in SunAmerica Housing Fund 1050 v Pathway of Pontiac Inc. The Sixth Circuit is taking the Sesame Street approach advanced by not for profit sponsors in their view of LIHTC rights of first refusal (ROFRs). The opinion written by Obama appointee Jane Branstetter Stranch comparing a LIHTC Section 42 ROFR to a common law ROFR concludes that “One of theses things is not like the other”. A bit of background is in order.

The program that has helped produce the most affordable housing in the last thirty plus yeas is the Low Income Housing Tax Credit – Section 42 of the Internal Revenue Code. Credits are apportioned to the states based on population and handed out to developers by state housing agencies. Not for profit developers get an edge in the allocation process.

The credits are then allocated to investor limited partners often banks that also get points under the Community Reinvestment Act. There are also typically loss allocations. The credit is doled out over ten years with another five years of potential recapture if affordability requirements are met. There is a requirement of an additional fifteen years of affordability that is monitored by the state agencies.

The program has been around long enough that we are already facing the thirty year point on some projects and there is a lot of concern about affordable units no longer being so affordable. One way to alleviate that is to have not for profits dedicated to affordable housing owning the projects and Section 42 has a feature that encourages that. It is permissible for deals to include a “right of first refusal” (ROFR) for a NFP to acquire the property for its outstanding mortgage plus any tax liability of the investor after the fifteen year compliance period.

In recent years some investors have been resisting ROFR exercise and seeking to participate in the property appreciation. The sponsors have generally done pretty well when there has been litigation in state courts, but investors have generally prevailed in federal courts. When I covered the SunAmerica decision in the Eastern District of Michigan it was, by my count, the third victory for investors in federal district court, but I can’t rule out having missed one or more deicsions.

The option was at fair market value. The ROFR was at a bargain price based on the outstanding mortgage and exit taxes – a Section 42(l)(7) ROFR. In 2019 the general partners notified SunAmerica that Lockwood Development Company had submitted an offer to buy the property and that Presbyterian would have thirty days to exercise the ROFR. SunAmerica responded that it would like to continue to maintain its interest in the property and that it did not believe that the ROFR had been triggered.

Judge Tarnow ended up concluding that the Lockwood offer did not trigger the ROFR because it was not a bona-fide offer.

The record is replete with evidence that the Lockwood Proposal was not made in good faith and was merely put forward to create the appearance of an offer so that Presbyterian could exercise its ROFR. Particularly persuasive is the email from PV North to Lockwood including the memo from Defendants’ counsel explaining what it would take to trigger Presbyterian’s ROFR and telling Lockwood that they “really appreciate the effort.”

His final judgement on Pathway was pretty harsh.

ROFR Does Not Get It Done

The problem with using the ROFR device as a way to transfer the property at a bargain to a NFP sponsor is that it does not make a lot of sense. Traditionally a ROFR allows someone to match somebody else’s offer. One of my real estate experts tells me that it is a really bad idea to grant a ROFR. With a complex property a lot of time and effort goes into to making an offer and there will be a disinclination to do that knowing that somebody else can do no work and just match your offer. And a Section 42 ROFR will allow them to snatch up the property at a bargain price. So what is in it for you?

It is almost inevitable that an offer that triggers a Section 42 ROFR will be somebody doing a favor for the NFP holding the ROFR rather than someone who actually wants to buy the property.

Judge Stranch notes that the ROFR provision of Section 42 is an important piece of the program.

Facilitation of the investor exit after the expiration of the fifteen-year compliance period is, therefore, crucial to the efficacy of the LIHTC program. The mechanism creates an incentive, as discussed, for nonprofits to participate in the program; nonprofits will be less likely to enter a partnership that includes an investor, if doing so entails a serious risk of an ownership battle after the fifteenth year.

She then discusses the “bona fide” requirement in the context of a common law ROFR. The example she discusses is someone who holds a ROFR and seeks to exercise based on a reasonable offer that has been made, that is followed up by an unreasonable offer from a related party, who probably could not follow through. She sees the “bona fide” requirement as something that is meant to protect the ROFR holder.

The “bona fide offer” requirement in the ROFR context, thus, operates to protect the holder from being forced to match an outlandish offer, effectively forfeiting the ability to exercise the contractual ROFR. Serious offerors—those willing to put forth an honest offer that the ROFR-holder cannot match—however, can acquire the property despite the rights of the ROFR holder. Under this general “common law” definition of ROFR, the focus of the analysis is on the offeror, and whether its intentions and capabilities establish a serious intention to make an offer to purchase the property

None of that makes sense in the Section 42 context.

We cannot impress the general common law meaning of bona fide offer on the term as it is used in the LPA that was created to accord with the LIHTC program. To do so would, in essence, contravene the purpose of § 42(i)(7). …….. Wholesale importation of the common law understanding of bona fide offer into the plain language of the LPA, therefore, would make the ROFR provision, as specified in the LIHTC, meaningless.

When interpreting such an ROFR provision, we must account for Congress’s goals expressed in LIHTC, including its intention to make it easier for nonprofits to regain ownership of the property and continue the availability of low-income housing. Thus, those Congressional intentions confirm that the general common law understanding of bona fide offer cannot be substituted for the ROFR mechanism created by Congress in LIHTC.

The case goes back to the District Court to be determined consistently with this opinion.

I heard from David Davenport who represented the NFP. He characterizes the decision as being landmark.

This case, like several others we have updated you on, provides useful tools to parties going forward in negotiating their new deals and confirms that a bona fide offer requirement in the context of a Section 42(i)(7) ROFR is not required by the Code and remains a contractually created requirement that I believe should be avoided by parties who are seeking to further the aim of Congress in their LIHTC transactions.

The Sixth Circuit’s analysis creates uncertainty as to the proper distinction between a right of first refusal, which is eligible for safe harbor treatment under Section 42(i)(7), and a purchase option, which is not. The decision also includes statements about the role of investors in low-income housing tax credit transactions that are inconsistent with industry practice in structuring low-income housing tax credit investments as well as current, prevailing business considerations of tax credit investors. Both of these aspects of the decision may create additional uncertainty and lead to further disputes and controversy among industry participants.

The Sixth Circuit’s approach to interpreting contractual Nonprofit ROFR provisions to accord with the LIHTC program is a practical, common-sense approach and in line with the similar approach taken by Massachusetts’s highest court.

Beth Healy has Courts are handing setbacks to Nixon Peabody clients seeking control of affordable housing on WBUR. As far as I can tell Beth Healy is the only investigative reporter following the overarching story for a general audience.