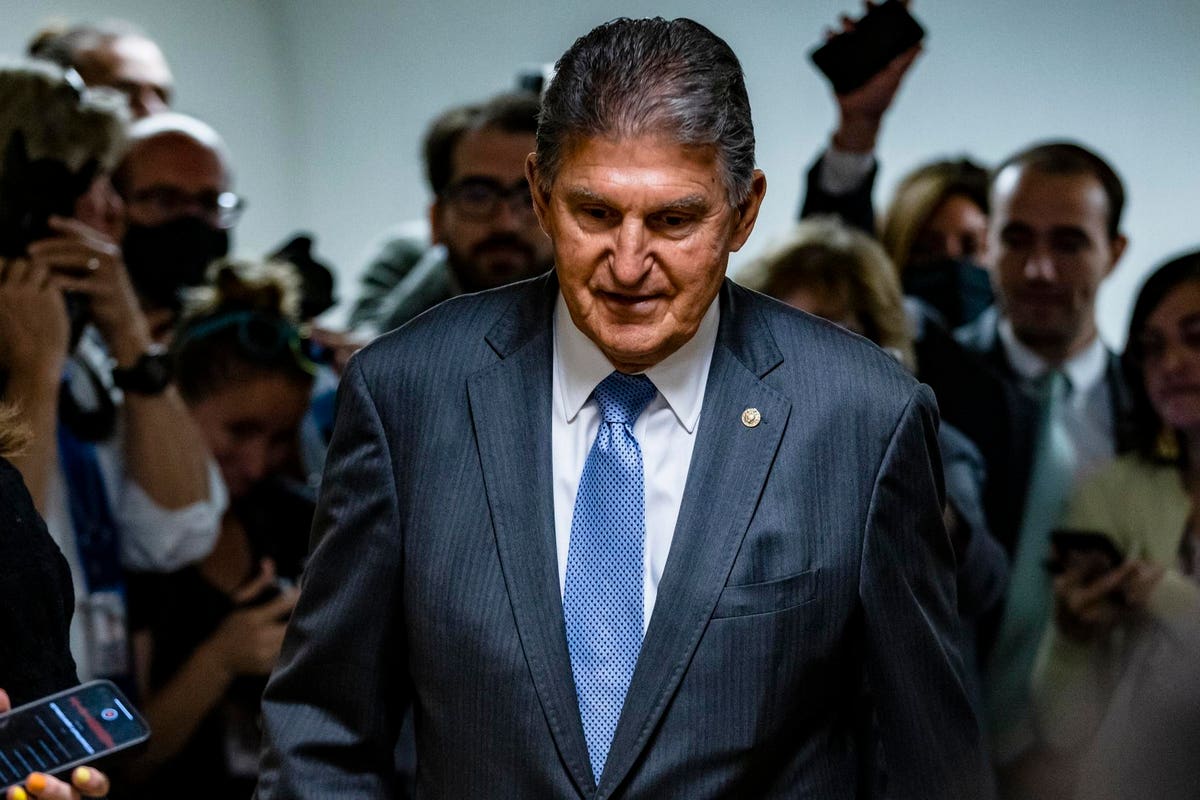 After more than a year of often-fraught negotiations, Sen. Joe Manchin (D-WV) said he has agreed to a slimmed down tax, health care, climate, and energy bill. The details of the agreement, which Manchin brokered with Senate Majority Leader Chuck Schumer (D-NY), were closely held until late Wednesday, and it remains unclear whether enough Democrats will support the bill to get it through Congress. No Republicans are expected to vote for it.

But it leaves out nearly all of President Biden’s proposals to raise taxes on high-income households, as well as efforts to restore an expanded Child Tax Credit (CTC). Here is what you should know about the package:

Individual taxes. The bill drops most of President Biden’s proposed tax increases on high-income households as well as modifications of those tax hikes the House included in its version of Build Back Better last fall. Increases in individual income tax rates and the estate tax, capital gains tax hikes, expanding the Net Investment Income Tax, and a surtax on high-income households all have been dumped. The bill also excludes the top priority of many progressive groups—restoration of the more generous CTC that expired at the end of last year.

Business taxes. The centerpiece of the package’s revenue raisers is a 15 percent minimum tax on the income large corporations report to their shareholders. The measure appears to roughly track the version passed last year by the House and would raise about $313 billion over 10 years. The bill also tries, yet again, to end the “carried interest” tax benefit that allows managers of investment funds to pay taxes on some compensation at lower capital gains rates rather than as salary.

International tax. Biden proposed a number of significant changes to the taxation of US-based multinational corporations, including changes to the Global Intangible Low Taxed Income (GILTI) provisions of the 2017 Tax Cuts and Jobs Act (TCJA). But Manchin’s compromise drops all of those proposals. The corporate minimum tax in the Manchin-Schumer bill is different from the 15 percent corporate tax adopted by the Organisation for Economic Co-operation and Development (OECD). The US may adopt the global minimum tax well after it is approved by other countries, if at all.

Energy. The package includes nearly $370 billion in energy and climate change-related provisions. It accepts many of Biden’s energy tax proposals, though it drops some and adds others. Tracking the “all of the above” model of energy subsidies Manchin has been promoting, it includes $60 billion in production tax credits for makers of solar and wind equipment, battery producers, and critical mineral processors. It also includes a $7,500 tax credit for low- and middle-income purchasers of electric and other alternative fuel vehicles.

IRS funding. The bill includes roughly $80 billion in new funding for IRS enforcement and compliance efforts. Congressional scorekeepers expect it would increase revenues by a net of about $124 billion over 10 years, substantially less than the Administration claims. The bill excludes Biden’s plan to increase bank reporting of accountholder transactions.

What about SALT? The bill is silent on the fate of the TCJA’s $10,000 cap on the state and local tax (SALT) deduction. That will make Democrats from high-tax states unhappy. But will they be unhappy enough to vote against the bill?

Macroeconomic effects. The compromise promises to lower budget deficits by $300 billion over the next decade. That’s a lot of money, but not in federal budget world. The Congressional Budget Office projects that, with no changes to the law, the cumulative budget deficit over the next decade will be nearly $16 trillion. And until we see CBO’s score of the bill, it is hard to know the timing of this deficit reduction. As a general rule: Deficit reduction that is not scheduled to occur until future years often doesn’t happen at all.

Will it slow inflation, as its title promises? Perhaps, but probably not by very much.

The tax increases more than offset the spending and tax subsidies so the bill does not seem likely to add much to inflation. Its Medicare drug reforms should reduce health care costs. Other provisions won’t matter much at all. In reality, the effects of the bill’s tax and spending provisions are likely to play out over many years and mean little to the near-term economy one or the other.