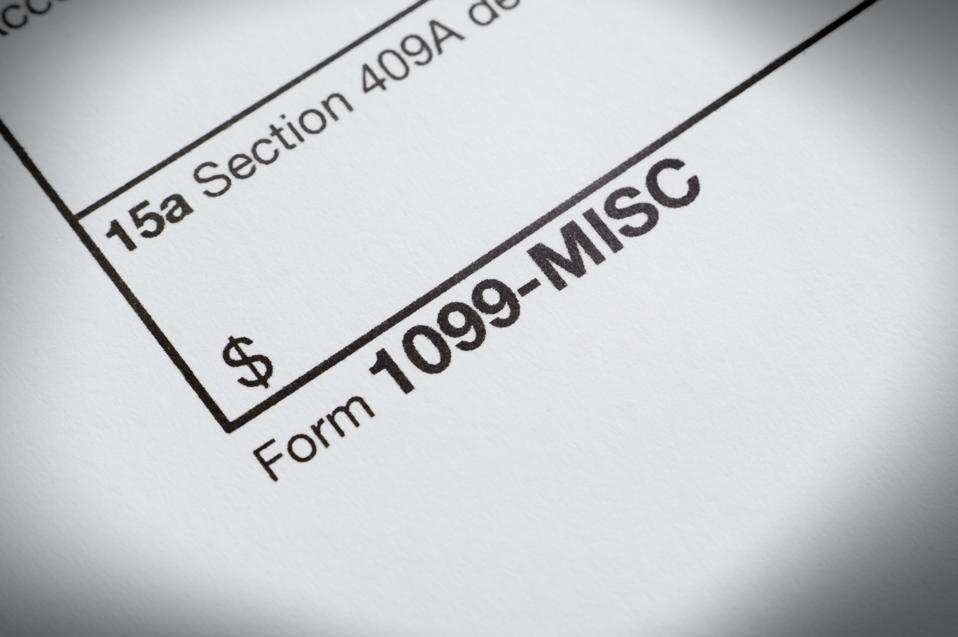 It’s 1099 season, so I thought a recent decision in the Southern District of New York might rate some attention. I doubt the litigants want to be more famous because of this so I am going to call them Jane, the company and the other partners. If you must know who they are, you can read the decision. It is important to remember that the decision will just tell you what the judge ended up believing, which may or may not be the what actually happened. Here is the story.

Jane sued, which is where the story goes from odd to weird.

The company and the other partners hired an attorney to defend themselves. Unfortunately, the attorney was not feeling well, so he never filed anything. Jane got a default judgement.

“Default judgment was entered on November 2, 2018 against defendants requiring them to immediately issue a corrected Form 1099, and awarding ———— the amount of $33,276.43, representing primarily her costs and attorneys’ fees incurred in obtaining correction of the Form 1099, as well as $5,000 statutory damages. ….

That got their attention. They managed to hire another attorney who tried to undo the damage, but there was no luck. Among other things the judge was not really impressed with their evidence.

“——————— handwritten ledger contains an account entitled “**** Loan” which shows an amount of $100,395.28, followed by a subtraction of $50,395.28 as of July 31, 2015, when defendants made that payment. Nor, even accepting defendants’ description, is it apparent that a payment for buyout of a membership interest should be characterized as “compensation” taxable as income to the seller.”

The conclusion was pretty firm.

“The primary relief plaintiff ———— obtained in the default judgment was the compelled correction of the wrongful Form 1099, and it took her over $30,000 and four months of litigation to straighten out the tax difficulty in which the defendants’ misdescription of the transaction had placed her. They made no serious effort to defend the case, and offer no cogent defense to it. To now retroactively annul that judgment, set aside the correction of her tax status, and restart from the beginning, based on the flimsy assertions now offered by defendants, would be unjust and prejudicial indeed.”

From looking at the complaint, it appeared that Jane had not actually been hit with a deficiency over the bad 1099. She did get $5,000 out of it, but hitting the other partners with over $30,000 in attorney’s fees when it appears they still owe her money might have been counter productive.

And these things being unpredictable, she might not have recovered the attorney’s fees which while possibly well earned in terms of work performed seem out of proportion to the stakes in the case.

In an email exchange in one of the exhibits, it is mentioned that Jane’s attorney was charging $850 per hour. Given that Jane’s exposure might have been an unjustified tax deficiency in the $20,000 vicinity, it’s hard to see the value there particularly since having to pay any sort of deficiency would be highly improbable.

Now this is a practical viewpoint, rather than a technical one, so I may be wrong. I am going to reach out to tax twitter for more opinions so you may want to check back.

I think that getting a corrected 1099 from someone is a pretty pointless exercise. I have zero confidence that the IRS will marry up the old one and the new one and “correct their records”. There will just be two 1099s floating out there in the ether.

What I would have done on Jane’s return was put the amount on an income line, to avoid document mismatch, and backed it out somewhere else. I would have gathered as much documentation as possible that the payment was actually a loan repayment and waited for any IRS action figuring the odds against would be about 99 to 1.

In the event that there was an audit of Jane’s return over that issue unless she caught the agent from hell it would probably be settled by correspondence possibly for less than $850 total.

Of course there would be no satisfaction in having punished the other partners, which might have been a motivating factor.

I’m hoping that I can get other tax pros to weigh in with their experience in dealing with bad 1099s. Does anybody think that hiring a lawyer at $850 an hour to bring a suit in district court is the way to go?

Tax Notes has something behind its paywall, but the case does not seem to have otherwise attracted any attention.

Holiday Gift Guide 2022: 22 Luxury Gifts For The Home Under $100
For retirement-system changes proposed in Congress via ‘Secure 2.0,’ December is do-or-die time
Mark Cuban rejected these ‘Shark Tank’ founders in less than 2 minutes: ‘Dumbest marketing move ever’
Stocks making the biggest moves after hours: Zoom, Dell, Urban Outfitters and more
Zoom shares drop on light forecast as company faces ‘heightened deal scrutiny’
Follow us on Facebook
Follow us on Pinterest
Follow us on Instagram