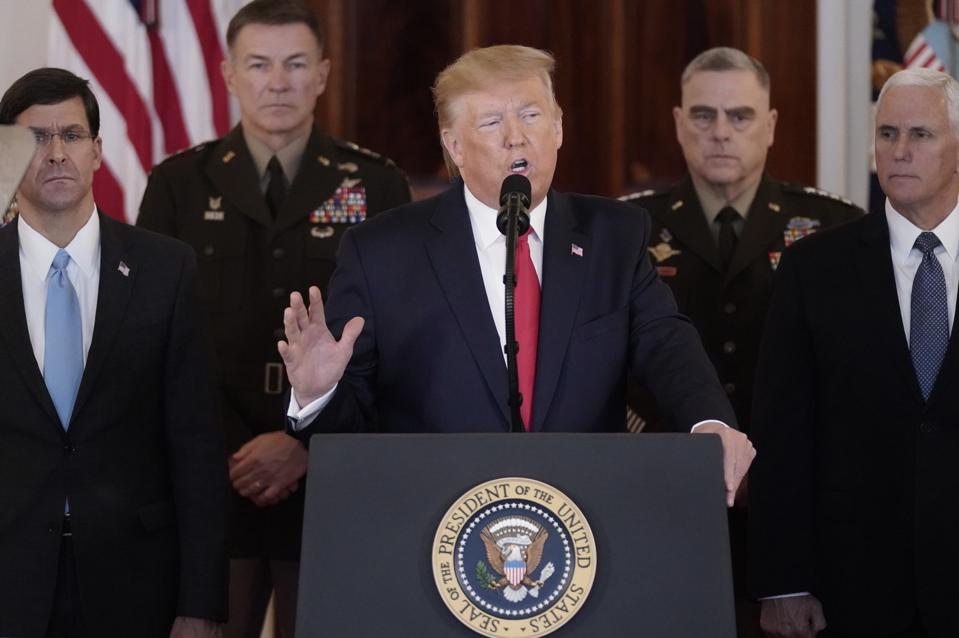 Crucial quote: “What initially seemed to be a large negative is actually now considered a small positive,” Crisafulli describes, as Iran’s retaliatory actions were minor and appear to be over for now. Crisafulli further notes that the current circumstances are not necessarily a good reason for the market to rally further but they should “help calm anxieties” while investors “are moving Iran to the periphery of the narrative” and shifting focus back to the November/December mindset when positive economic growth and central bank accomodation helped keep market momentum steady.

Tangent: The Dow’s gains, however, were tempered by Boeing shares falling 1.3%, after a Ukraine International Airlines Boeing 737 airliner burst into flames and crashed in Tehran on Wednesday, killing all 176 people onboard. While airline stocks haven’t fared well with the Iran news (higher oil prices means higher prices for airplane fuel), war stocks—those of the big defense companies, like Lockheed Martin, Raytheon and Northrop Grumman—have surged in recent days.

Key background: The U.S. and Iran have been at odds since Trump backed out of the Obama-era nuclear deal in 2018. Tensions escalated to a boiling point last week, when Trump responded to a New Year’s Eve attack by Iran-backed militias on the U.S. embassy in Baghdad by ordering an air strike that killed top Iranian general Qassem Soleimani last Thursday. That sent stocks plunging and oil prices surging on Friday, as the market’s strong start to the new year got derailed amid the escalating geopolitical tensions in the Middle East. Stocks recovered Monday, with major indexes ending the day up slightly, as Wall Street appeared content with the view that tensions with Iran will eventually cool down.

Iran harshly condemned the air strikes and vowed to retaliate—and did so last night by launching more than a dozen missiles at U.S. military bases in Iraq. In his televised statement on Wednesday, Trump said no casualties were reported and that all American soldiers in the region were safe. He also called on NATO to get “much more involved in the Middle East process” and stated that Iran will need to end its nuclear ambitions and cease its support of terrorism. Until then, Trump said, the U.S. will continue to impose sanctions on the country.