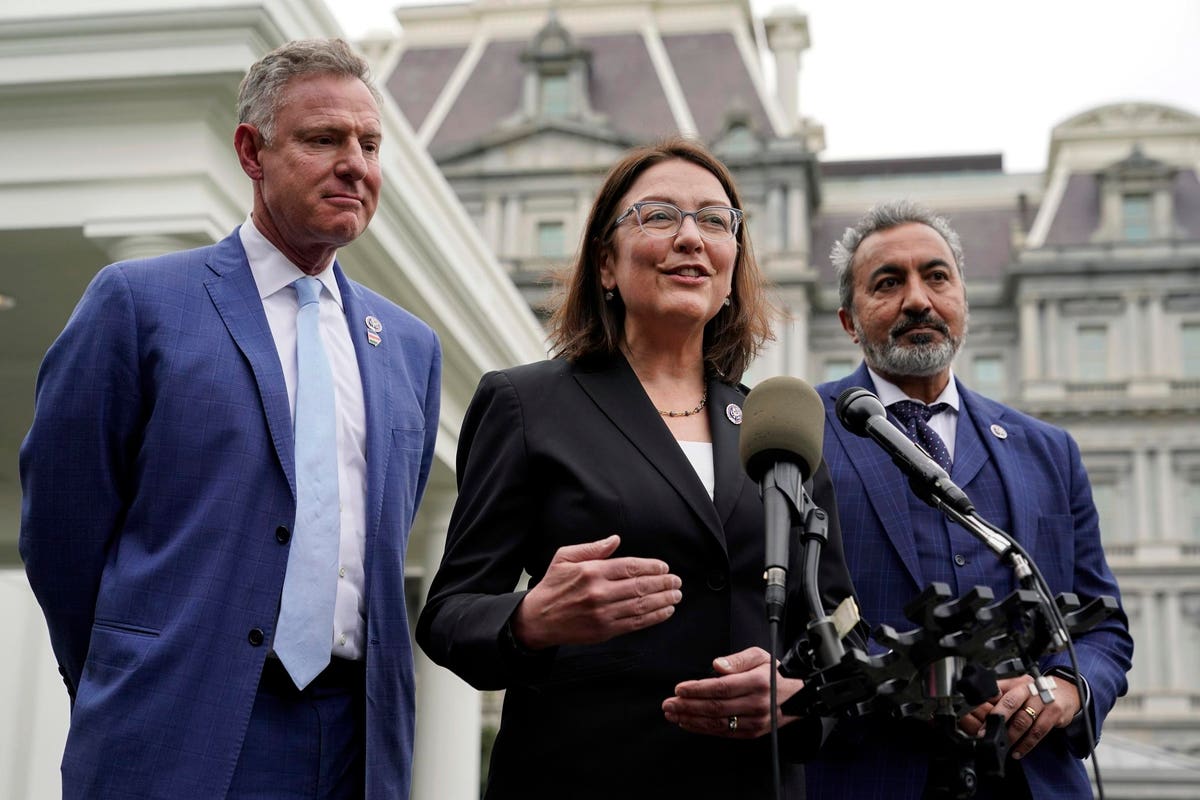 Democrats have been struggling to respond to the highest inflation America has seen in 40 years. Many on the left are pushing a bogus “greedflation” narrative that blames rising prices on corporations’ desire to maximize profits, as if that were some new phenomenon. Others have proposed to compensate consumers for higher prices with cash handouts that will likely only make the problem worse. And Republicans, who sharply criticize Democrats’ approach to inflation, have offered no constructive ideas of their own for tackling the problem. Thankfully, the moderate New Democrat Coalition (NDC) came forward today with a pragmatic 24-page Action Plan to Fight Inflation — and it’s the best inflation-fighting blueprint to come out of Congress yet.

Fighting inflation requires an understanding of what drives the problem. First, supply chain disruptions caused by the COVID pandemic reduced the availability of goods and services. Then demand for those goods and services, bolstered by excessive government stimulus, reached unprecedented levels as the world began returning to normal. The result: too many dollars chasing too few goods and services, thus driving up prices. The problem was only made worse when Russia’s unjustifiable invasion of Ukraine cut off food and fuel exports.

The Action Plan would strengthen global supply chains and increase price competition by reducing tariffs and other barriers to trade. Tariffs not only raise prices for consumers by adding a surcharge on goods produced in whole or in part from overseas, they also enable domestic firms to raise their prices without increasing supply because competition is reduced. Industries that are entirely domestic are also more vulnerable to sudden contractions in supply that create shortages, as the United States recently experienced with the catastrophic baby formula shortage. Strengthening global supply chains will help prevent similar crises from arising again in the future.

The Plan also would help expand domestic supply by cutting onerous regulations that increase the costs and time it takes to produce goods and services. For example, the NDC would encourage local governments to pare back strict zoning laws to enable the construction of more housing developments, particularly near public transit. Doing so would increase the supply of housing, the rising cost of which has constituted roughly one fifth of recent inflation. Another example is occupational licensing reform: although licensing is essential for some professions that require deep technical expertise or carry significant safety concerns, many professions use licensing bureaucracies to create barriers to entry and reduce competition. The Plan would also overhaul our immigration system to make it easier for employers to fill labor shortages. Clearing obstacles such as these will enable more workers and businesses to compete and drive down costs.

Those initiatives will have the most immediate impacts on increasing supply, but targeted investments can also boost productivity over time and thus help bring down prices over the long run. The Bipartisan Infrastructure Bill authorized $1.2 trillion for such investments in transportation and other sectors over the next decade, and the NDC Action Plan calls for the Biden administration to use its discretionary authority to direct that money towards the most efficient projects. The NDC is also pushing to increase investments in basic scientific research, which are public goods that lay the foundation for the technologies of tomorrow and have historically generated trillions of dollars in economic returns for the American people. Perhaps the most important investments in the Plan are those that would help wean Americans off fossil fuels, which have driven recent spikes in inflation, by accelerating our transition to a clean-energy economy.

Although the Federal Reserve is primarily responsible for moderating demand through its setting of interest rates and other monetary policy measures, lawmakers have fiscal policy tools they can use to make the Fed’s job easier. Many emergency stimulus programs that supported the economy and provided critical lifelines during the pandemic now worsen inflation by giving consumers more money to bid up the prices of a limited supply of goods and services. The problem was exacerbated by the $1.9 trillion American Rescue Plan that pushed demand well beyond the “potential output” level that even healthy supply chains could accommodate. The NDC Action Plan rightfully calls for phasing these programs out as the economy continues to recover, and one way (not specified in the Action Plan) that the Biden administration could heed their call is by ending the moratorium on student loan repayments and interest accrual without cancelling more debt on top of what has already been done.

The NDC urges Congress to go a step further by enacting a reconciliation bill that reduces future budget deficits through higher taxes and savings from prescription drug negotiations. When the economy is operating at full capacity, as it is now, a deficit-reduction bill like the one under discussion by Senators Chuck Schumer and Joe Manchin may be the single most meaningful step Congress could take to quell inflation because it reduces the number of dollars government is making available to bid up prices on a fixed supply of goods and services. But it is also important that other bills being considered, such as the bipartisan innovation bill or an expansion of veterans’ benefits, be largely offset so as not to reverse the gains from reconciliation.

Finally, the NDC outlines a few ideas to make sure we don’t wind up here again. To help our economy recover from future recessions quickly without overheating, the Action Plan includes an idea I proposed in February: creating a Commission on Economic Preparedness and Recovery that would examine the responses to our last two economic recessions (one too weak, the other too strong) and recommend specific improvements policymakers could adopt. This commission could help make fiscal policy more responsive to macroeconomic needs by offering recommendations to strengthen automatic stabilizers, which the NDC has consistently championed. But changes to modernize the design and administration of programs such as unemployment insurance so that Congress can more effectively trigger emergency changes manually would still be a huge improvement over current policy.

These are just a few proposals from the Action Plan that could meaningfully reduce inflation. It’s a thorough document, and some proposals not mentioned above are likely to be more effective than others. But overall, the NDC’s Action Plan to Fight Inflation presents Congressional leaders and President Biden with a strong menu of policy options that is far better than what their counterparts on the left are offering. It deserves high praise and consideration by their colleagues.