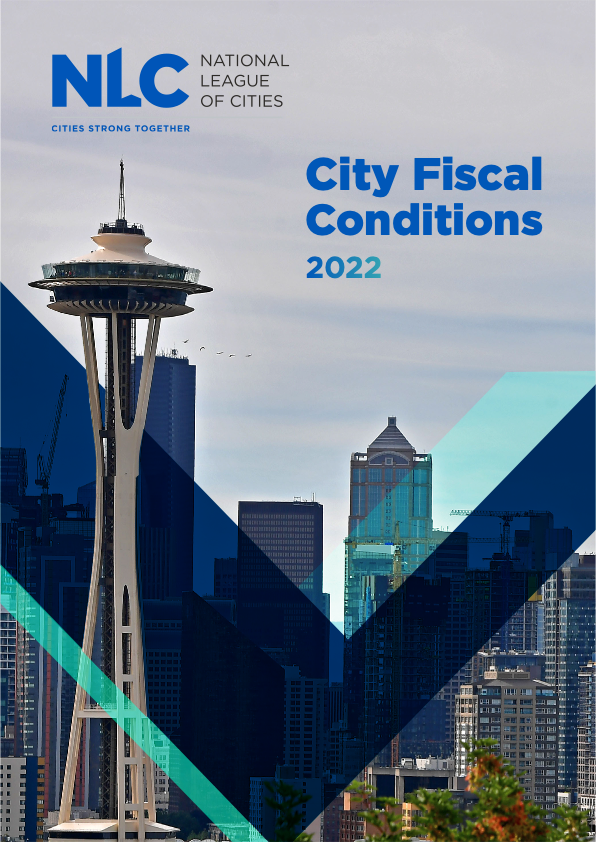 City budgets have been recovering from the pandemic recession, helped by significant federal aid. But just when things were looking up, cities now are preparing for a double whammy: less tax revenue from a coming recession, and higher borrowing costs from the Fed’s actions. That means tighter budgets and fewer resources to help our poorest and most vulnerable people, who will bear the brunt of a recession.

The COVID-19 pandemic hit municipal budgets at a time when they had to increase social and health care spending to cope with the medical emergency and the harm it did to their economies and tax revenues. Across the country, in red and blue states, the American Rescue Plan pumped “over $1 trillion in programs and tax credits” into the economy.

Second, higher interest rates mean higher borrowing costs, at a time when revenues are falling. Cities already are feeling the Fed’s impact. Interest rate increases and indications of more have been pummeling the muni market. Analysts at BlackRock report in September “the S&P Municipal Bond Index returned -3.63%, bringing the year-to-date total return to –1.50%.” That’s the “worst performance since the global financial crisis” of 2007.

Other analysts see some light at the end of that tunnel. Nuveen’s experts expect very few defaults, with stronger credit quality for munis. That’s due in part to the earlier federal aid which “helped offset revenue declines and enable states to balance their budgets.” As a result, they think “the municipal market may be experiencing a bottom.”

Municipal finance offices aren’t so optimistic. The National League of Cities’ (NLC) new fiscal report finds “9 out of 10 finance officers” found FY2022 easier than FY2021, but only because of the substantial federal aid. NLC’s CEO warns that “America’s cities are bracing for stagflation and possible economic downturn,” and hopes federal support to cities and states would once again be forthcoming.

That seems unlikely, especially if (as forecast) Republicans take control of one or both Houses of Congress in the November elections. Likely Republican House Speaker Kevin McCarthy (R-CA) has signaled making significant spending cuts the price for raising the federal debt ceiling, including possible cuts in Social Security and Medicare. If those two wildly popular programs face cuts, then additional aid to cities (often run by Democratic mayors) isn’t a good bet.

So cities and states, like households, companies — and the economy — lurch from one crisis to another. The pandemic sinks the economy, and the Biden administration does the right thing — big federal spending increases and market fixes that prevent a depression. We get job and economic growth, but then the Ukraine war and continuing pandemic supply chain problems drive up inflation, leading the Fed to push the economy toward a recession.

There’s not much cities and states can do but hunker down, and hope the Fed won’t insist on a recession. If the Fed keeps on this path, all of the hard city, state, and federal hard budget work will partly go to waste. And the most vulnerable and lowest paid among us, disproportionately non-white, will pay the heaviest price.