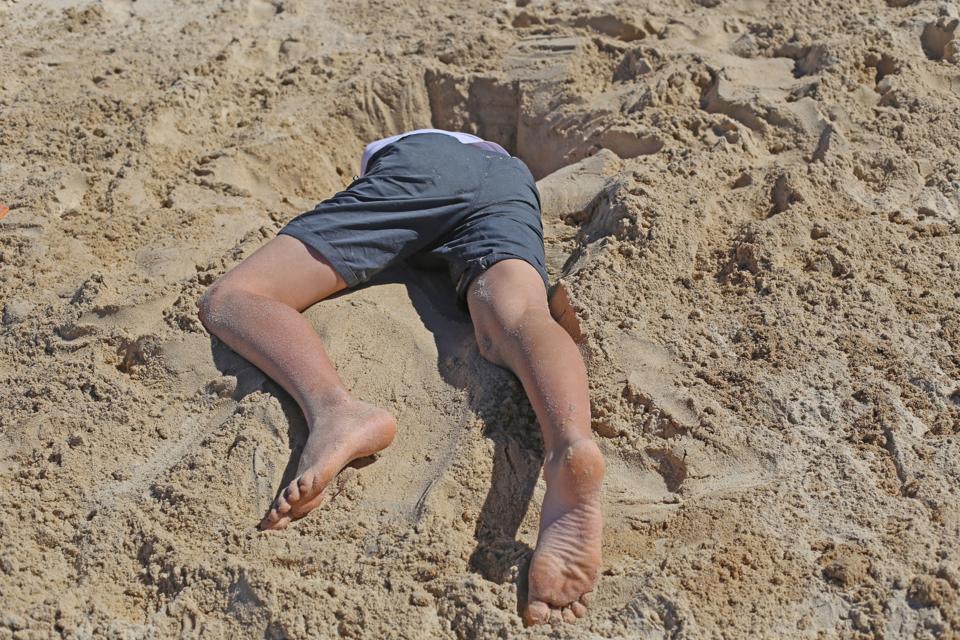 “If you find yourself in a hole, stop digging.”*

Many politicians in states and cities with severe levels of pension underfunding will assert that they have indeed followed this instruction.

Illinois, after all, implemented “Tier 2” pensions for workers hired in 2011 or later, with cuts so drastic, for teachers, at any rate, that, on the asset-return discount rate basis used in the valuation, new participants pay more in contributions that they receive in benefits — that is, the “employer normal cost” is negative. For state workers and university employees, there is a (positive) employer normal cost, as is also true of City of Chicago workers, but they all face lower (and noncompounded) cost-of-living adjustments, increased retirement eligibility ages, stricter vesting requirements, and pay caps which bite at a lower inflation-adjusted pay level year after year. (Conveniently, the “Tier 2” pensions legislators implemented for new legislators and judges were much more moderate in their cuts, with COLAs based on CPI and continuing to compound and with pay caps increasing at CPI.)

Various other such plans have similar “tiers” — New Jersey’s system, for example, ranges from Tier 1 (hired before July 1, 2007) to Tier 5 (hired after June 28, 2011), with tweaks in benefit accruals, retirement ages, and ancillary benefits, for each tier. Tier 1 employees were able to retire as early as age 60 without reduction (or age 55 with 25 years of service); Tier 5 employees must now wait until age 65, with early retirement of any kind contingent on 30 years of service, and requiring a 3% per year benefit reduction.

And politicians are quite willing to pat themselves on the back about these changes. Here’s Illinois State Senator Heather Steans (Democrat representing Chicago’s far north side/lakefront) speaking at a City Club of Chicago forum (see my Sept. 11 article for fuller comments):

“I get frustrated when people suggest that the Illinois Senate, the General Assembly in the state have not been doing things, however; in 2011 we implemented a Tier 2 pension system that dramatically changes pensions for employees hired as of 2011 on. That’s already done, so we’ve already made significant changes that upped the retirement age and that really changed the compounded COLA that folks get in the future. That’s been changed. It’s the legacy costs we’re dealing with.”

But a mere two months after Steans’ confident statement that everything’s been fixed but the legacy costs, the legislature, as a part of their November 2019 asset-management consolidation measure for local police and fire pensions, unwound several elements of the Tier 2 cuts, without any actuarial analysis but instead viewing the projected higher asset returns as “found money.”

Which means that the legislature hasn’t stopped digging at all. There’s simply digging a bit more slowly than before.

What would it take to truly do so?

True not-digging would require that the state of Illinois,

first, begin participating in Social Security with respect to all public employees — currently the lion’s share of direct state employees do so, but not municipal employees, teachers, university employees, or public safety workers (with respect to teachers, this places them among 15 states which are in the minority nationally); and,

second, to move to a defined contribution (401k-equivalent) or risk-sharing pension plan for supplemental benefits, so as to establish the principle that “you get what you get and you don’t throw a fit.” (Let’s call it the YGWYG public pension principle.) This means that if unions don’t approve of the state’s annual appropriation to fund their pension plans, they must fight tooth and nail to boost it, rather than preferring better raises in their here-and-now cash compensation knowing that future generations will be locked into paying their pensions regardless of the state’s efforts, or lack thereof, to fund them at the time they were accrued.

And what does “risk-sharing pension plan” mean? I’ve cited the model of Wisconsin’s public pension system in the past. There, retirement benefits are adjusted up and down as needed to reflect investment returns from year to year. What’s more, employee and employer contributions are recalculated every year based on a fixed formula (but the latter are far lower and far less variable than Illinois’).

There’s another model, too, or at least I hope there will be, soon: the “composite plan.” Never heard of it? I don’t blame you. It’s included in the Senate multiemployer pension plan rescue proposal, and has its origins in a proposal by the NCCMP (a multiemployer pension lobbying group), which aims to create a structure similar to the “Collective DC” plans of the Netherlands, in which participants receive protection against outliving their benefits by joining together, well, collectively, rather than relying on guarantees made by an employer.

How do we get from here to there? It’s not easy, but it involves refusing to accept claims by politicians that they have fixed everything but the legacy costs, unless they have made these changes.

(*See Wikipedia for some brief background on this adage.)

What do you think? Share your comments at JaneTheActuary.com!