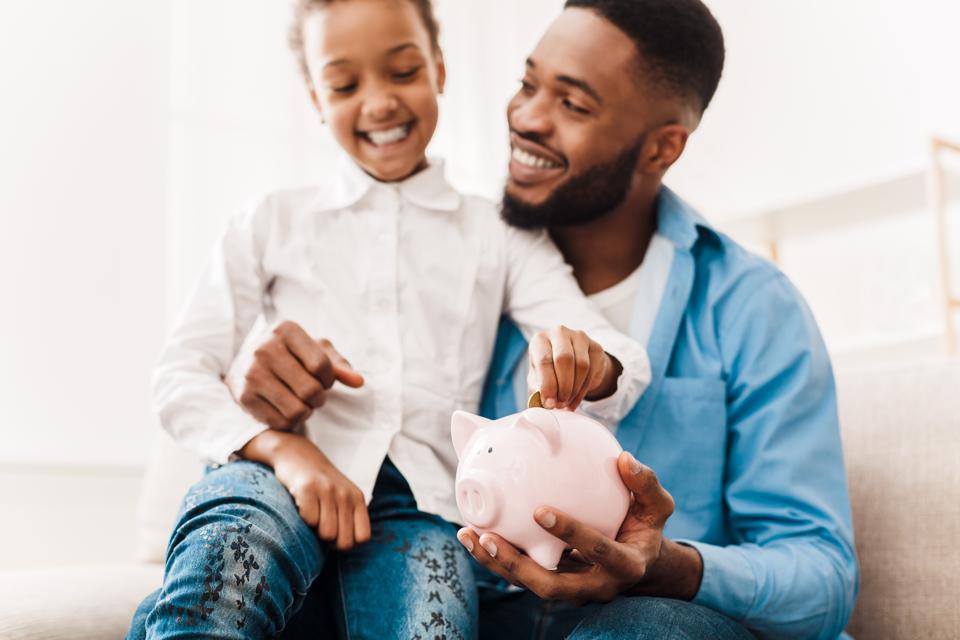 Roth IRAs are a great option for retirement savings and will be a much more popular way to save now that the SECURE Act has been signed into law. The SECURE Act will make generally make the nonspouse beneficiaries of taxable IRA’s take, and pay taxes on, distributions over ten years, versus the current rule allowing them to ‘stretch’ the distributions over their life expectancy. If a person wants to pass assets on to the next generation, Roth strategies will be a much more efficient way to leave a legacy to a child. Enter the Kid Roth.

What s Kid Roth? A kid Roth is just a fun title for a parent-funded Roth contribution (to a contributory IRA or a Roth 401(k) or 403(b)) for a child. There are advantages and disadvantages to funding a kid’s Roth, and differences in the types of vehicle you might use, but in the end, you can shift a very large amount of money to the next generation, tax-free.

How it works. It’s simple. A parent or grandparent gifts a contribution to a Roth vehicle to allow a child or grandchild to build a tax-free nest-egg. The child or grandchild must have earned income, and there are limits. Kid/grandkid gets tax-free accumulation and possible other perks in a contributory IRA, the donor shrinks their estate and accelerates a bequest, plus possibly helps in many other ways.

Contributory IRA. the simplest Kid Roth is to just make up to a $6,000 Contributory Roth contribution for the kid/grandkid. For example, suppose Dick and Connie have a 16-year old granddaughter. She has a summer and part-time jobs and makes over $6,000. The grandparents would fund a Roth IRA for her and invest the funds. If they do this for 10 years, and the IRA earns 6%, the Roth will be worth about $79,000 by the time she is 25. If they discontinue the funding after ten years, but she leaves the Roth invested at 6% (this is a problem we’ll address in a moment), the Roth will be worth about $813,000 at age 65. If we can persuade her to fund it from 25 to 65, ignoring increases in the contribution level, about $1.65 million. Earned income is salary, wages, tips and self-employment income. The other good thing is that usually young people are in very low tax brackets, being able to make the first $12,200 at a zero tax rate and an additional $9,700 (if single) at the low rate of 10%. Funding a Roth in a low bracket is optimal.

FIFO Loophole. Contributory Roths are great for a variety of reasons: they grow tax-free, you don’t have to take Required Minimum Distributions, and you can access funds using the FIFO rule. FIFO, or ‘First-In/First Out,’ is a rule that allows contributory IRA holder to access their contributions without tax or penalty after five tax years. In the above example, if our granddaughter needs to withdraw funds, let’s say for college, and the five years rule was satisfied, she could take out the contributions tax and penalty free.

Roth 401(k) or 403(b) DRAC. Most employers now offer Roth 401(k) or 403(b) options called a Designated Roth Account (DRAC). A parent or grandparent could gift the child/grandchild the amount of the contribution to the DRAC. This would also empower the child/grandchild to take advantage of any employer matching contributions (which would be considered tax-deferred). Helping the child do a DRAC also gets them in the good habit of saving for retirement. DRAC, like the contributory IRA, has a big benefit when the child/grandchild is in a low bracket. Pre-tax contributions are tax-deferred, so a child making $36,000, would likely be in the 12% bracket. The Tax Cuts and Jobs Act expires at the end of 2025, and taxes could be higher in the future if their income goes up. Tax-free saving in a low bracket really pays off later. Note the 2019 DRAC limit is $19,000 per year for under age 50 ($25,000 for 50+). Funding a DRAC would generate much larger accumulations. Helping a child/grandchild out for $19,000 a year for 10 years would accumulate over $250,0000 after 10 years at 6%, which could continue to accumulate tax-free until retirement or longer

Possible issues. There are some issues on the Kid Roth. It seems logical that gifting to an IRA or DRAC is more likely to be preserved than a cash gift to the child. Cash gifts tend to enable spending, while a Kid Roth enables savings. Some donors have the IRA statement sent to their address and keep the Roth out of sight and mind until they think it’s time to tell the child/grandchild. For a grandparent, there can be conflict if a whole bunch of family members think the Kid Roth is a good idea, so coordination is a good idea. Also note that IRAs (or DRACs) in a person’s name are subject to claim in a divorce.

Remember, there are limitations: there must be earned income by the child/grandchild. For married people, only one needs earned income for one or both to have a Roth IRA. Contributory Roths have an income limitation on Modified Adjusted Gross Income. Gifts under $15,000 ($30,000 from a couple) are subject to the annual gift tax exclusion.

Intergenerational option. The Kid Roth can be a great intergenerational tool. An example is the parents of a son and his spouse, who have two children. The son and his spouse have earned income of $80,000. The son has a 401(k) plan at his employment that matches 50% of the first 6% of his pay. With two children, the young couple has a hard time saving for retirement or college for their kids. The parents want to help out by leaving a legacy and have sufficient funds for their needs. They could gift the young couple 6% of pay to get the match and fund two contributory Roth IRA for $6,000 each. If they fund 18 years (at 6%), the kids would have, in the Roths alone, over $452,000. They would also have contributions of $252,000 (or more) that they could employ using the FIFO rule to pay for college expenses.

Bottom Line: Kid Roth could be a combination of Kid Rock and David Lee Roth, which might be cool, but in wealth management, it’s a great planning tool to build tax-free wealth and enable savings versus spending.