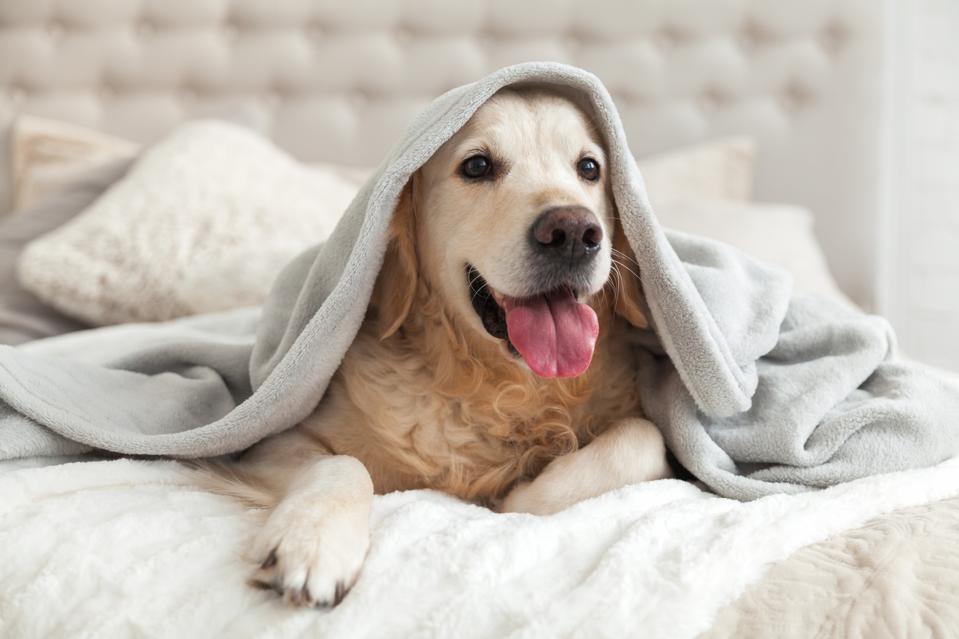 The New Year is here, which means it’s once again time to revisit a contrarian (and income) investing tradition: The “Dogs of the Dow.”

This simple yet famous dividend strategy involves buying the 10 highest yielders in the 30-component Dow Jones Industrial Average at the beginning of each year.

It’s an income play, sure, but this strategy also has to do with value. The idea: Truly strong blue-chip stocks rarely become “obsolete,” so high yields—often driven by lower prices in the prior year—are just a signal that the stocks are oversold and due to bounce back.

It’s a win-win, in theory. Not only do you get higher-than-usual income on these blue chips, but you also get them at a good price. The combined income and value upside should make these total-return juggernauts.

But theory didn’t play out practice last year, as dog-lovers left money on the table:

To be fair, it was a rare bit of underperformance for the Dogs. The Dogs have beaten the Dow on a total-return basis since 2001, and last year snapped a four-year winning streak for the ubiquitous dividend strategy.

International Business Machines (IBM), for instance, hasn’t been able to escape the “doghouse” for years, and for good reason: It’s a dividend dumpster fire.

A couple of months ago, the tech company announced its fifth consecutive quarter of revenue declines. Maybe it’s trying to “reclaim the magic” from its 22-quarter sales fail that ended back in 2018.

The pain continued for industrial conglomerate 3M (MMM) in 2019.

Shares of 3M—the maker of Post-it Notes, Ace brand bandages, Scotch tape, Thinsulate insulation and numerous other commercial and consumer brands—have lost almost a third of their value since early 2018, including a single-digit loss in 2019.

A huge chunk of the issue has been a mix of global cyclicality—weakening growth in China and other emerging markets has weighed heavily on demand for the multinational giant—and further Chinese pain thanks to the country’s trade war with the U.S. Thus, analyst predictions for a small recovery in global growth, paired with the expected Jan. 15 signing of a “Phase One” trade deal, should bode well for 3M.

Alas, this longtime Dividend Aristocrat has more problems on its plate.

As I highlighted back in October, JPMorgan’s Stephen Tusa didn’t mince words when he called the company’s business model “broken.” He called into question billions of dollars spent on restructuring, deeming 3M’s problem a “structural issue, that there is generally a higher cost to serve than many appreciate, now seems clear.” And on top of that, the company faces mounting legal issues (and costs) over its “PFAS” chemicals. While it has set aside hundreds of millions to cover potential legal costs, some experts are estimating a price tag upward of $10 billion.

3M might have a few bricks taken off its shoulders in 2019, but that’s not enough reason to enthusiastically buy this troubled Dog of the Dow.

Walgreens Boots Alliance (WBA) was the worst performer in the Dow last year, at -11% including dividends, and in fact has been dead money since 2015.

Much of the pain came on a 12% single-day drop in April after the company reported what CEO Stefano Pessina called “the most difficult quarter we have had since the formation of Walgreens Boots Alliance.” Second-quarter earnings fell short of expectations, and the company was forced to cut its full-year outlook amid weak performance on numerous fronts.

Walgreens’ situation is so tenuous that the company has been trying to entice KKR & Co. (KKR) into executing a leveraged buyout to take the drugstore private. But analysts called shenanigans on the logistics of the deal, and in December, The Wall Street Journal reported that it had run into financing issues.

Dividend Aristocrats are notoriously low yielders, so WBA’s 3%-plus payout looks attractive on that front. And Walgreens is trading at a dirt-cheap 9.6 times forward earnings estimates. But given that profits are expected to decline this year, and the company is otherwise rudderless, investors’ best hope of significant gains in 2020 would seem to be a buyout – one that looks less likely than it did a couple months ago.

Verizon (VZ) is participating in one of the more exciting investing mega-trends of the new decade: the roll-out of 5G technology.

5G is the next generation of communications tech—what many expect to usher in an explosion of the Internet of Things, and general connectivity with the world around us. And Verizon is widely considered to be leading U.S. telecoms’ push to get that infrastructure up and running.

It sounds good. And for infrastructure REITs such as American Tower (AMT) and Crown Castle (CCI), and communications chipmakers such as Qualcomm (QCOM) and Broadcom (AVGO), it is good, and should lead to tangible growth. But at least in 2020, the pros’ expectations for Verizon look no different than recent years: low-single-digit gains on the top and bottom lines.

That’s also problematic given issues with its core business. MoffettNathanson analyst Craig Moffett points out troubling signs including shrinking margins, slightly higher customer churn and even questions about whether Verizon indeed has the best network.

Verizon is a de facto utility, and it at least pays out cash like one. Its 4% yield is one of the most respectable among the 30 Dow stocks.

I frequently discuss how stock prices “catch up” to dividend growth over time, but we have a situation in Verizon where we might be due for the same process in reverse—where VZ the stock “slows down” to its glacial dividend growth.

Even worse is the fact that Verizon’s payout is growing as slowly as many Dividend Aristocrats, but the telecom only has a 13-year streak under its belt. That bodes poorly for future hikes, which I expect to be nominal.

Brett Owens is chief investment strategist for Contrarian Outlook. For more great income ideas, click here for his latest report How To Live Off $500,000 Forever: 9 Diversified Plays For 7%+ Income.

10 Bathroom Design Trends We’ll See In 2023
How to avoid mistakes with required minimum distributions from your retirement accounts
Despite ongoing Covid risks, more employees consider cutting back on health-care benefits
Stocks making the biggest moves after hours: Salesforce, Snowflake, Costco, Five Below and more
Delta is making it harder to get into its airport lounges after they were flooded by travelers
Follow us on Facebook
Follow us on Pinterest
Follow us on Instagram