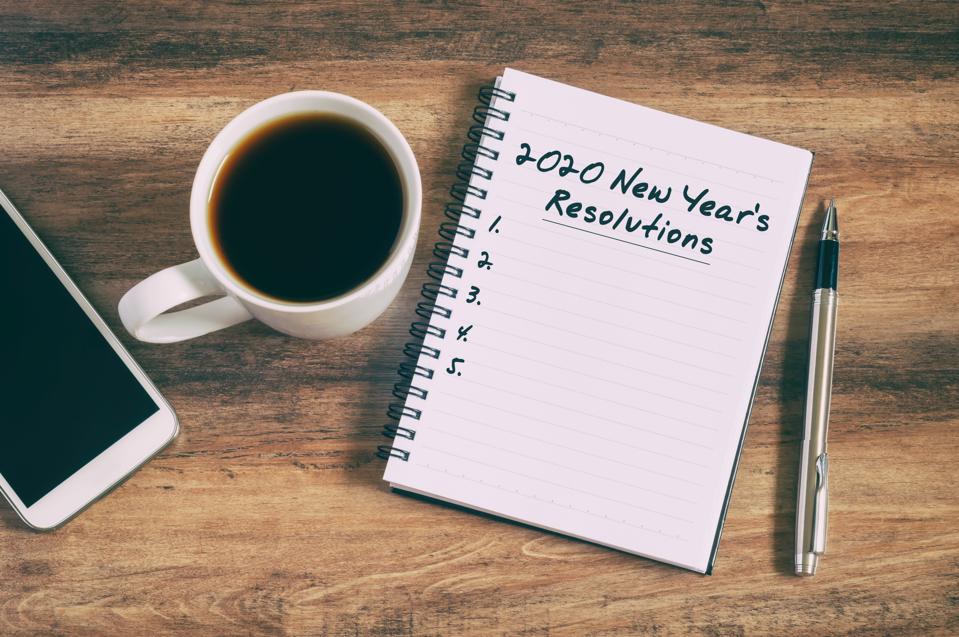 A record high S&P 500 has done more than just confound prognosticators. It seems it has also made us feel quite confident in our finances.

This assuredness has impacted how we plan for the year. According to a new survey by Allianz Life Insurance Company of North America, only 14% of those surveyed will set a New Year’s resolution related to personal finance. It’s down from 18% last year.

Only one-in-four included financial stability within their top focus areas for the year.

With the high stock market and low unemployment, more people, seemingly, feel flush (or at least secure), reducing the urge to focus on their money.

Those that pursue – or have reached – financial independence don’t fall for this sudden sense of strength in the market, unless they’ve truly reached the level where they can no longer worry about paychecks. While you can’t overgeneralize with those that follow financial independence retire early (FIRE) strategies, they do tend to set and follow through on financial goals. So when it comes to New Year’s resolutions, they’ve often thought through how they will keep to whatever objective they want to reach.

“It’s vital to set tangible, realistic goals and to note or even celebrate reaching those goals along the way,” said Leif Dahleen, a former anesthesiologist who retired at 43. Without such goals, allowing you to enjoy the incremental progress, FIRE can sometimes seem “insurmountable,” he added.

Here’s what some within the FIRE community plan to do with their resolutions this year. As you will see, it varies depending on how close they’ve come to financial independence.

Jamila Souffrant saved over $160,000 in two years as she and her husband revamped their savings strategy so she could quit her job before 40. That all changed in September 2018, when Souffrant decided the best investment strategy would be for her to build her own business.

Instead of super-saving, she quit her job and focused on growing her blog and podcast, Journey to Launch, as she tries to turn it into a sustainable business.

When she did, her family investing strategy changed. She had to put financial independence on hold. For the last year, the family hasn’t invested in retirement, as they use her husband’s income for living life in Brooklyn, NY while she grows the company.

The resolution this year? To restart funneling funds into an investment account once again.

“[I] would like to be able to max out our Roth IRA and invest pre-tax dollars into an IRA for myself,” said Souffrant.

Even when she was accumulating funds in the two years she super-saved, Souffrant said she used resolutions as a way to set investment targets.

It’s also how she built about a year’s worth of funds in a short-term, easily accessible savings account. This money allowed her the freedom to step away from the nine-to-five and focus on the business, while ensuring the family could cover any expenses over the initial push to grow the company.

When John moved to the U.S. as a young man, he only had about $1,000 to his name. Now, 16 years later, if John lost his job, he believes it would be the last one he would ever have.

The main tactic John, who remains anonymous while he continues to work full-time, used to super-size his savings was to arbitrage his career, willing to go to areas of the U.S. some of his coworkers weren’t. Since much of his family remained in India at the time, he didn’t really have a preference where he lived, which he credits for faster promotions and stronger career trajectory. Now, in San Francisco, he has a high paying job and the freedom to stock away around 50% of his income.

As he blogs about at Financial Freedom Countdown, John uses automation tools in order to achieve his resolutions and “eliminate all friction including my own behavior,” he said.

The automated strategy will pull out the amount he chooses to invest at the beginning of the year, and that will ensure he reaches his resolution.

As for other resolutions this year, he’s also looking to boost his real estate portfolio. To gain more information, he wants to attend a different webinar or meet-up every week, so he can learn more on how to do so. As he learns more, his goal for the real estate portion of his FIRE plan will crystalize further.

For Dahleen, who tracks his extreme early retirement at Physician on FIRE, his resolutions don’t center around financial goals this year, after officially stepping away from the workforce in late 2019.

“I’ve met or exceeded most money goals and I’m more focused on health and personal growth this year,” he said.

He falls into the bucket of those surveyed that aren’t focused on finances this year, but it’s a luxury he can now afford. It happened because he stashed the majority of his high anesthesiologist paycheck into investments while keeping his lifestyle inflation down. Now his retirement has been focused on traveling with his family.

His personal goals look very simple (even if still strenuous), as he wants to run a full marathon by the end of the year.

U.S. Tax Provisions Driving The Fight Against Climate Change
Towns Where Million-Dollar Homes Are Practically The Norm
Here’s how many people will get student loan forgiveness in each state
European businesses are rethinking their plans for a ‘closed’ China
Ford stock suffers worst day since 2011 after cost warning, shedding $7 billion in market value
Follow us on Facebook
Follow us on Pinterest
Follow us on Instagram