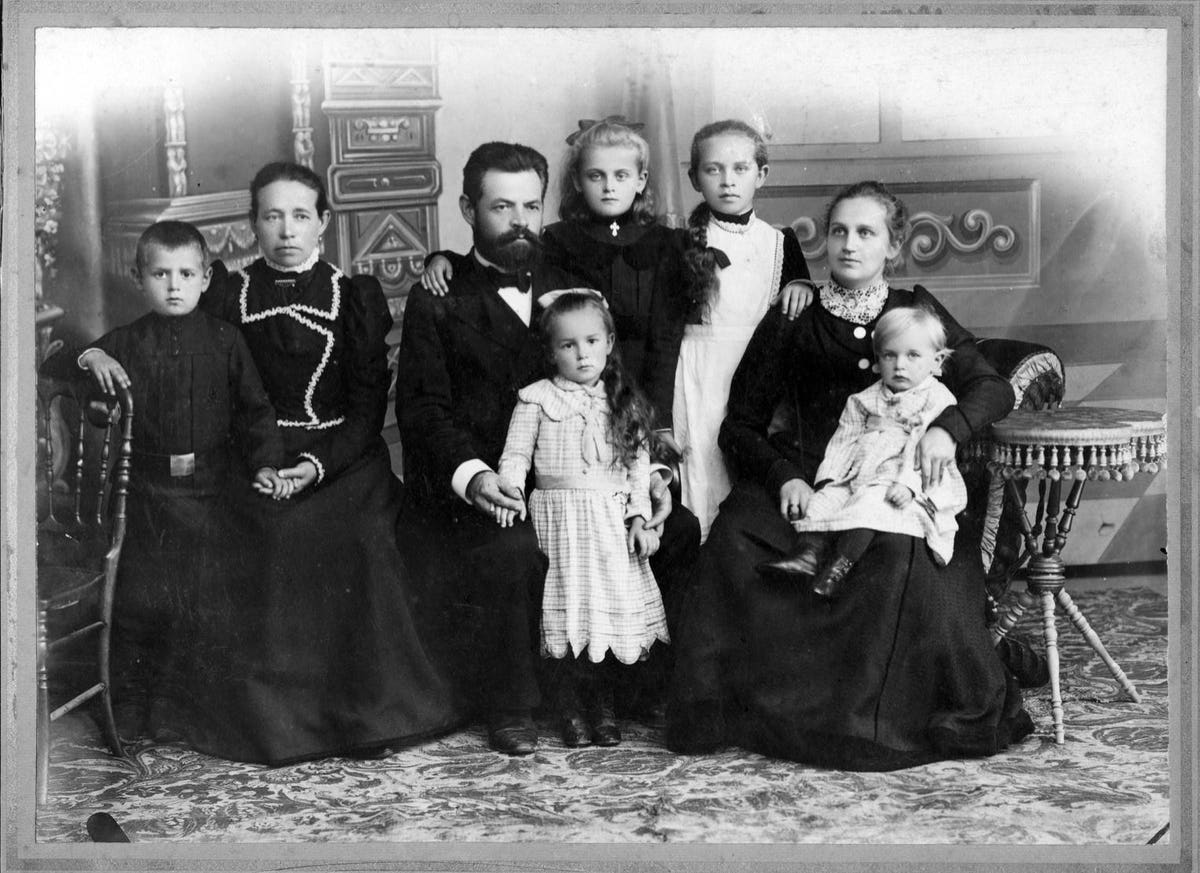 Earlier this month, a dramatic headline appeared at the New York Post:

“No kidding: Rearing 3 or more children could make you literally lose your mind, study says.”

The dramatic statement from the article, three sentences in?

“The scientists found that having three or more kids vs. two children has a “negative effect on late-life cognition” — the equivalent of being 6.2 years older.”

Wowza. Score one for the Zero Population Growth folks, I guess. Surely there are all manner of factors playing into the equation, right? But it turns out that there is a “there” there, if you pay close attention to what the study does and does not say, and it’s not about childbearing decisions but a much bigger picture.

The actual study (with free public access to the PDF), “Does Childbearing Affect Cognitive Health in Later Life? Evidence From an Instrumental Variable Approach,“ by Eric Bonsang and Vergard Skirbekk, was published last month in the journal Demography. It does not intentionally try to assess the effect of three vs. two kids but that’s a side effect, so to speak, of the statistical method the study uses. Here’s how it works:

If one were simply to take a look at the number of children an older adult has and their cognition according to the tests that measure this, you wouldn’t really know whether one caused the other, in which direction, or whether something else entirely caused both. In other words, you’d just have a correlation. It could be possible that some unknown predisposition to dementia also causes people to have more rather than fewer children. Hypothetically, you could get around that by randomly assigning the number of children people have, but that would rightly be considered seriously unjust, so scholars have developed econometric methods in which they try to find situations in real life that resemble random experiments, and that’s what they did here, using the expectation that at least some of the time, couples who have either two boys or two girls will try for a third child.

It turns out that this is actually true (or at least was true) and the study authors can demonstrate it. Using a major ongoing survey of older adults (ages 50+) across Europe, the authors calculated that, as expected, of those survey participants who had at least two children, 50% of the time, those children were both of the same sex, and 50% of the time they had one of each sex. And a couple with two same-sex first- and second-born children turns out to have been seven percentage points more likely to have gone on to have more children, than a couple with one of each. Because of this difference, researchers can look at the effect of having one of each or a matched pair, on dementia later in life, do some further math around the proportion of people in this situation, and voila, you’ve got a calculation which, if it passes the statistical significance tests, is considered to truly show causality: among those who have three or more children because they missed having a boy (or a girl), compared to those who would have tried for that desired boy (or girl) but didn’t need to because they already had one, there is a greater incidence of dementia.

This math is legitimate, though in order to take the final step in this mathematical method, called an “instrumental variable,” it requires making an assumption that the difference in dementia risks and likelihoods for the group of people who have an “extra” child because they really wanted at least one boy and girl, compared to those who got the desired mix on the first try, can be generalized to everyone else.

But what explains this result and what do we do with it? The answer is not “have fewer children.” Instead, what matters is understanding what the reason is for this effect and here what’s crucial is their result dividing up the countries in the study into four quarters: in all four regions of Northern, Western, Eastern, and Southern Europe, parents were more likely to have three or more children if their first two children were of the same sex, but only in Northern Europe did the overall analysis produce the statistically significant result that dementia was more likely as a result. On the same measure where the average score on a cognitive test was set at 0 and the range of scores was adjusted so that a -1 was 1 standard deviation lower, here are the 3+ child effects on scores for the four regions:

The p values are a statistical method for telling how likely a result is just by random chance; for all regions except Northern Europe, there is a strong likelihood that the apparent reduction in cognition is just due to flukes in collecting the random sample, but for Northern Europe the effect is strong enough that it’s no longer credible that it is just random.

So why should this effect be seen in Northern Europe in particular? The method used in this study doesn’t have any answers to offer but can only suggest potential explanations. Specifically, there are effects which have the potential to balance each other out, depending on circumstances: the more children one has, the more likely it is that one has financial stress due to added costs and reduced family income due to interrupted employment by mothers; at the same time, though, having more children boosts the degree of having contact with children which increases social engagement and reduces the likelihood of dementia in that way. In Northern Europe, the cost of living is particularly high so that stresses of a large family may likewise be higher, despite the social insurance support. At the same time, however, survey participants in Northern Europe with three or more children do not benefit from increased rates of contact with their children, in the same was as elders in other regions do, so they experienced a lose-lose set of circumstances — greater costs in rearing children without even the payoff of more time spent with family as they age.

It is also striking to consider the historical context when looking at this number-of-children cutoff, which, again, they didn’t choose for any reason other than that only with two children is it possible to have “one of each.” The waves of the survey took place between 2004 and 2015; while the survey covered adults beginning at age 50, dementia is most likely after age 80, so that the individuals involved were having their families in the 1960s or thereabouts. This was the point in time at which, in the United States, we were transitioning from a Baby Boom to a Baby Bust — as the World Bank data below makes clear — but the various European countries had much lower birth rates all along. (To be clear, the World Bank data begins in 1960 so the lack of data before this point is a matter of availability and says nothing about the significance of pre-1960 changes.)

To what extent did the shift towards lower birthrates affect families with more children?

At the same time, this was the time when women began entering the workforce in much larger numbers in these countries. Again, per the World Bank (and by decade in part due to significant gaps in the earlier years):

Women in Spain and Italy have had much lower labor force participation rates, in general — does this mean that the effect of an extra child might not have affected them in the same way as Scandinavian women? And, of course, the social supports now prevalent across Europe were in their infancy two generations ago. All in all, these differences suggest that it would be very interesting to see the same study repeated in the United States, where the equivalent study, the Health and Retirment Study, has been conducted for a decade and a half longer, perhaps, indeed, long enough to see whether there have been changes over time in the association between three children and dementia, and drill down further into what sorts of circumstances produce this.

So what’s to be learned? Not that children are bad, of course — but this does serve as an additional piece of evidence that dementia is not as simple as unsolvable genetic predispositions, but that there is much more to be learned about the condition.