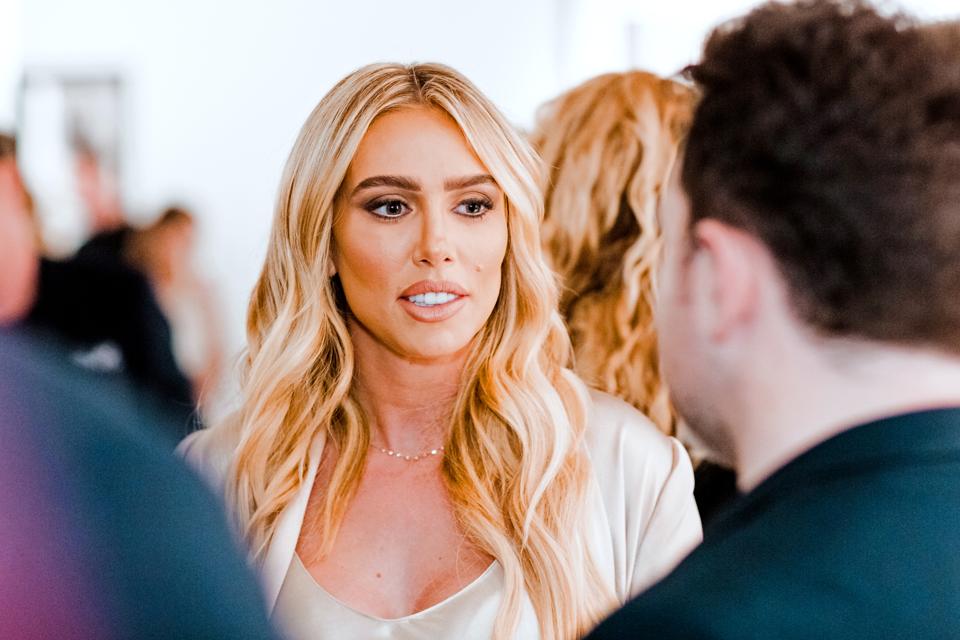 The heiress that briefly held the record for the highest-priced home sale in California earlier this year has now listed her London home for an amount that is reportedly in excess of £100 million (approximately $130 million with current exchange rates). Forbes estimates the Ecclestone family’s net worth at approximately $3.1 billion. Ecclestone paid about £60 million for the home, having purchased it from Lord Anthony Bamford, chairman of the construction equipment manufacturing firm JCB.

This London home, in the high-end neighborhood of Chelsea, is on the same street as where Kate Middleton’s bachelorette pad was for sale for just under $3 million. Called Sloane House, Ecclestone’s home has had an extensive renovation and redecoration under her ownership, to the tune of £25 million. The listing agents, James Gilbert-Green and Jonathan Hewlett of Savills, have only included a few pictures of the exterior but you can catch a glimpse of the indoors through the Casa Forma website, one of the firms involved in the refurbishment. With a Georgian-style exterior, the home dates to the late 18th century and is a Grade-II listed building which means numerous protections are in place to keep the outside of the home consistent with it original architectural style.

Indoors there are 14 bedrooms, an undisclosed number of bathrooms, a large basement swimming pool, cinema and many entertaining rooms. A subtle mention of ‘extensive underground parking’ in the description is perhaps a nod to Ecclestone’s former husband, James Stunt, who was said to have a multi-million dollar car collection before being declared bankrupt in 2019. The home also comes with an attached dwelling that can be used for guests, staff or as an office.

The Chelsea neighborhood where the home is located is one of London’s more expensive places to buy a single-family house. According to the property website RightMove, single-family homes sold for an average of £8.9 million, with condos starting at around £1.6 million. Even the name of the home, Sloane House, fits with the neighborhood. Not far away is where the famous Sloane Street meanders through high-end retail and luxury homes, a street that will forever remain in popular culture as the location of Princess Diana’s former home before she married Prince Charles. There is another house on Ecclestone’s street which is said to be worth £200 million, but it does not appear to be for sale publicly.

For five months of 2019 Ecclestone was on record for having the highest-priced home sale in California when she sold her L.A. mansion this year for $119.7 million, after having purchased in for $85 million. The home had previously belonged to television producer Aaron Spelling and his wife Candy. That record was broken a few weeks ago when the Chartwell Estate sold for a reported $150 million.

For more information on Sloane House, head to the Savills website.