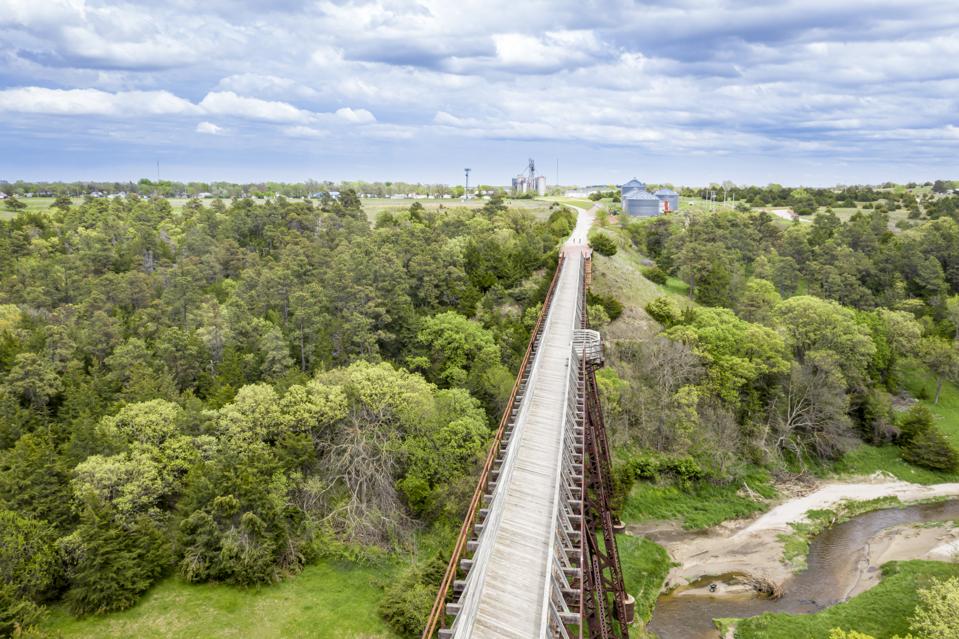 Twelve months after announcing the Great American Rail-Trail initiative, the Rails-to-Trails Conservancy (RTC) shared news this month that nearly $13 million has been secured for the trail’s development.

The initiative will connect 3,700 miles of rail-trails, greenways and other multi-purpose paths, seamlessly bringing together new and existing trail segments. The trail’s contiguous, preferred route begins in Washington D.C. and traverses 12 states, with a western terminus in the state of Washington.

The states are counting on the Great American Rail-Trail for a component of tourism and economic development.

“Since we revealed the route of the Great American in May, there has been an outpouring of enthusiasm for the project,” said Ryan Chao, president of Rails-to-Trails Conservancy in a statement.

The Great American Rail-Trail is a flagship venture of RTC, which is providing the national leadership and the technical, on-the-ground support that will be needed to achieve the trail’s completion.

Since its founding in 1986, RTC’s idea of a route linking the Atlantic and Pacific coasts via former railroad corridors had been ever-present in the nonprofit’s mission and strategy of helping to create a network of public trails. Today, that network consists of 23,000 miles of rail-trails nationwide.

RTC confirmed the Great American’s project viability after 18 months of rigorous analysis with local and state partners, whose endeavors are crucial to the united success of trail development and operation.

The most recent capital commitments from private and public sources for segments of the trail are led by RTC’s partners in each locality. The years-long project is a work-in-progress, and considered 52% complete, according to RTC. The majority of that figure stems from more than 125 open trails formed over the generations.

One key trail criterion for the Great American Rail-Trail is for surfaces that are entirely walkable and bikeable. Initially, 80% of the Great American route will be separated from vehicular traffic, too. When the route is ultimately considered finished, it will be altogether unpaired and separate.

“The Great American is a bold project that will take years to complete, but the progress this year is good momentum,” Chao noted. “This will be the single greatest trail project in the history of the United States, and every community and state along the route is contributing to the massive undertaking.”

10 Bathroom Design Trends We’ll See In 2023
How to avoid mistakes with required minimum distributions from your retirement accounts
Despite ongoing Covid risks, more employees consider cutting back on health-care benefits
Stocks making the biggest moves after hours: Salesforce, Snowflake, Costco, Five Below and more
Delta is making it harder to get into its airport lounges after they were flooded by travelers
Follow us on Facebook
Follow us on Pinterest
Follow us on Instagram