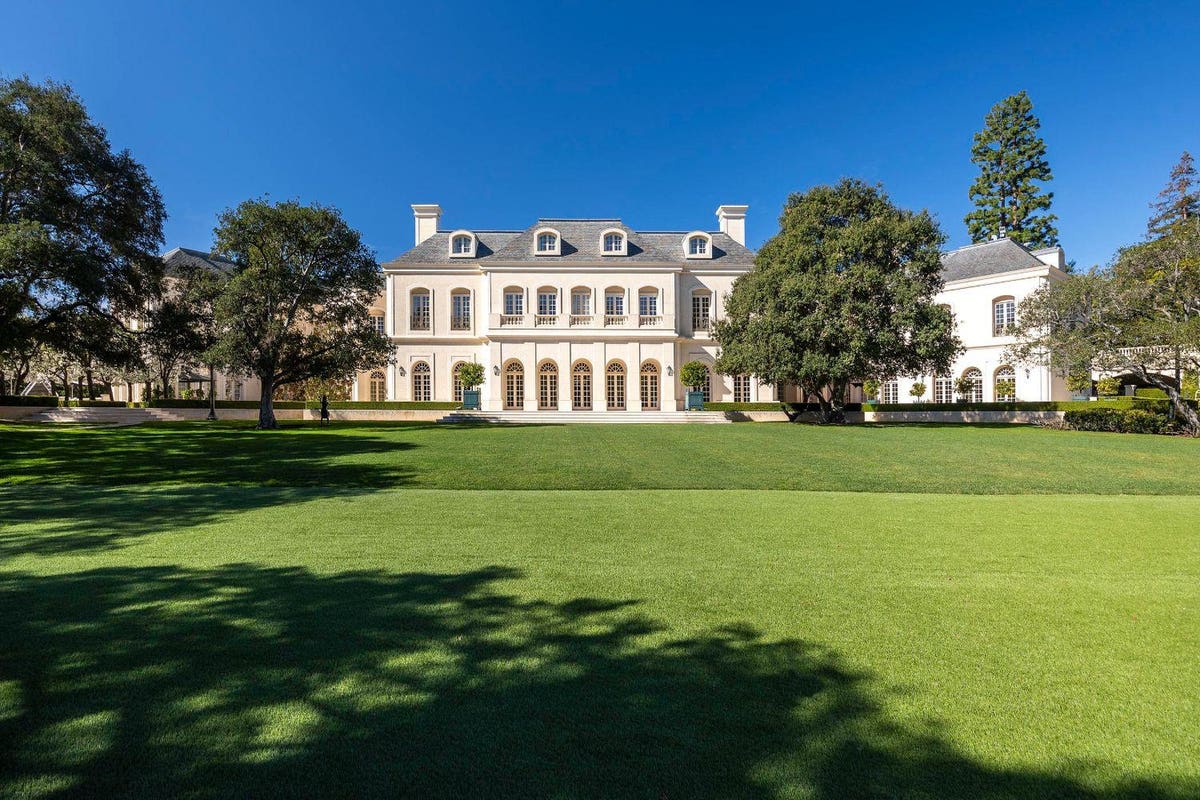 The last time the Spelling Manor changed hands was in 2019, when it sold to an undisclosed buyer for $119.75 million—the highest recorded residential sale ever for Los Angeles County at the time.

Fast-forward three years and the famed estate’s current price of $165 million wouldn’t come close to breaking the new California record set a year ago when venture capitalist Marc Andreessen paid $177 million for a property in Malibu.

Still, the $165-million sticker price ranks as one of the highest in the country for a single-family residence.

Weighing in at more than 56,000 square feet, the French chateau-inspired estate was originally built for late TV producer Aaron Spelling and his widow, Candy Spelling. Sparing no expense, Candy Spelling customized the sprawling residence with a range of personalized amenity rooms, including a flower-cutting room, a film editing area behind the screen of the home’s movie theater and a wine and cheese room outfitted with Parisian-cafe style tables and chairs.

Prior to the record sale in 2019, the home was owned by Formula One heiress Petra Ecclestone, who had paid $85 million for the place in an all-cash deal.

During her residency, Ecclestone oversaw sweeping renovations, updating interiors to suit modern tastes and adding a beauty salon, an aquarium and a nightclub.

Covering well over an acre of livable space, the home features 27 bathrooms and 14 bedrooms, including the 7,500-square-foot primary suite.

Other points of interest include a French-door solarium, a formal dining room and a grand foyer featuring a 30-foot ceiling, as well as a game room, a bowling alley and a tanning room.

In an interview with Forbes last year, Ecclestone’s partner, real estate agent and lifestyle entrepreneur Sam Palmer, revealed that the 123-room, W-shaped mansion requires a staff of 50 people to keep the estate in working order.

A team of landscapers tends to grounds featuring rose gardens, citrus orchards and acres of lawn. In addition, the home’s many fountains, the statuary, koi ponds, swimming pool and sports courts all require regular maintenance.

Sited on 4.7 acres in tony Holmby Hills, the property borders the Los Angeles Golf Club and is down the street from other well-known residences such as the Gregory Peck Estate and the Playboy Mansion.

Hilton & Hyland is an exclusive member of Forbes Global Properties, a consumer marketplace and membership network of elite brokerages selling the world’s most luxurious homes.