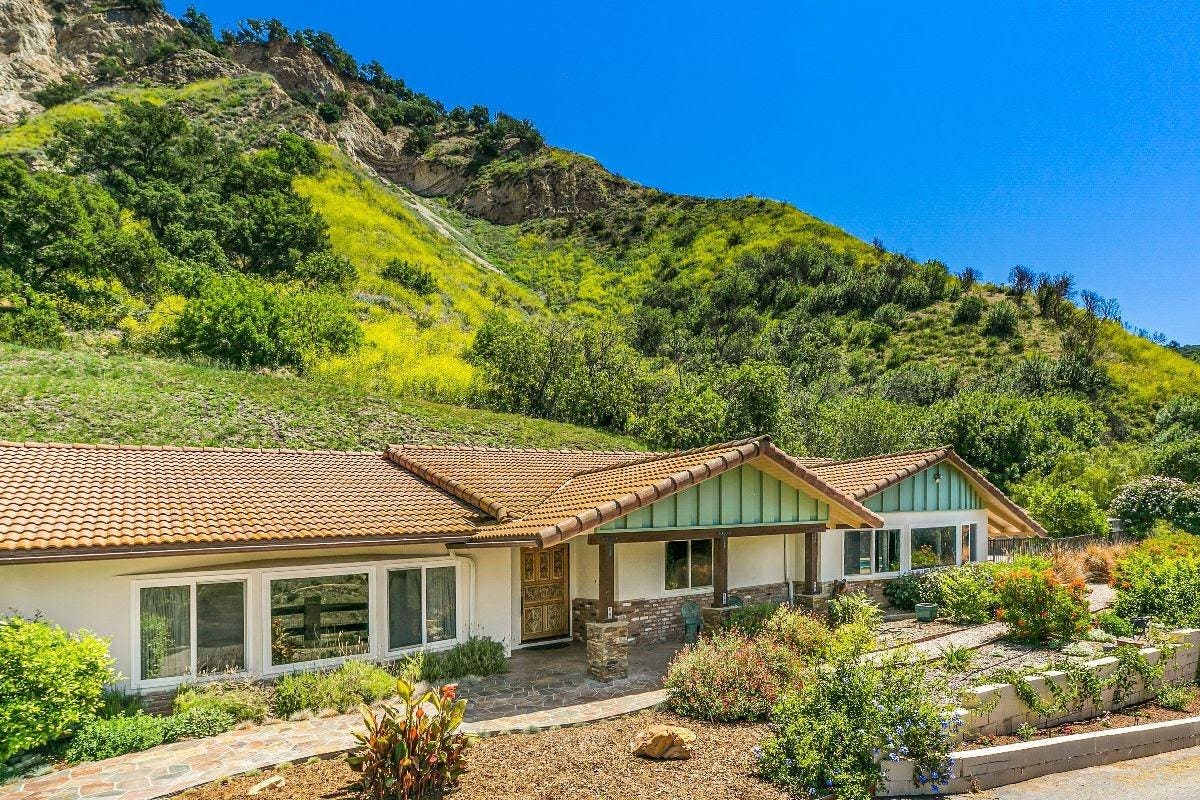 The former home in rural Casitas Springs, California of country music icon Johnny Cash is hitting the market for $1.795 million. Cash often sang about the hills, flowers and wide-open spaces, and he lived it too.

In 1961, Cash built a 4,500-square-foot house in rural Casitas Springs, California as his quiet, easy-going place to escape from a busy recording and touring lifestyle. The five-bedroom home was meant to be a place where he and his then wife, Vivian, and their three daughters could relax and enjoy family life in the hills for many years into the future. While their future did not pan out exactly as Cash planned – the couple divorced in 1966 – the home was exactly what he envisioned.

According to the listing agents, Adam McKaig and Melissa Borders of Douglas Elliman, “Johnny bought the land and built the house to his exact specifications, walking the rooms and deciding on exact placement and layout. He created a secluded sanctuary, unique to this rural small-town enclave. Longtime locals recount stories of Johnny setting up speakers on the hillside outside the house and playing concerts for the townspeople down below.”

The double-gabled house is set on nearly 6 acres among hills, fields, trees and flowers at the end of a long private driveway, according to TopTenRealEstateDeals.com. The property includes five bedrooms, a pool, office, barbecue area and sweeping views of the Ojai Valley, oak trees and evergreens and year-round flowers.

Cash’s influence is still very much a part of the home, including the country-motif family room and curved brick fireplace, custom wood built-ins and an original wall-mounted turntable.

The wood-paneled studio where Cash wrote some of his biggest hits is preserved. The same goes for the two his-and-her bedroom suites because of Cash’s night-owl routine of writing music late into the night and early morning.

What The IRS Can Learn From The Florida Bar Tax Section: Comments To Clawback Proposed Regulations
The New Medicare Drug Bill Is Big, But Seniors Won’t See Many Of Its Benefits For Years
Los Angeles Home Once Owned By Marilyn Monroe Lists For $6.9 Million
Addressing Social Security’s funding woes will take political compromise, Biden nominee to advisory board says
How do people in Asia-Pacific feel about travel right now? It depends on where they live
Follow us on Facebook
Follow us on Pinterest
Follow us on Instagram