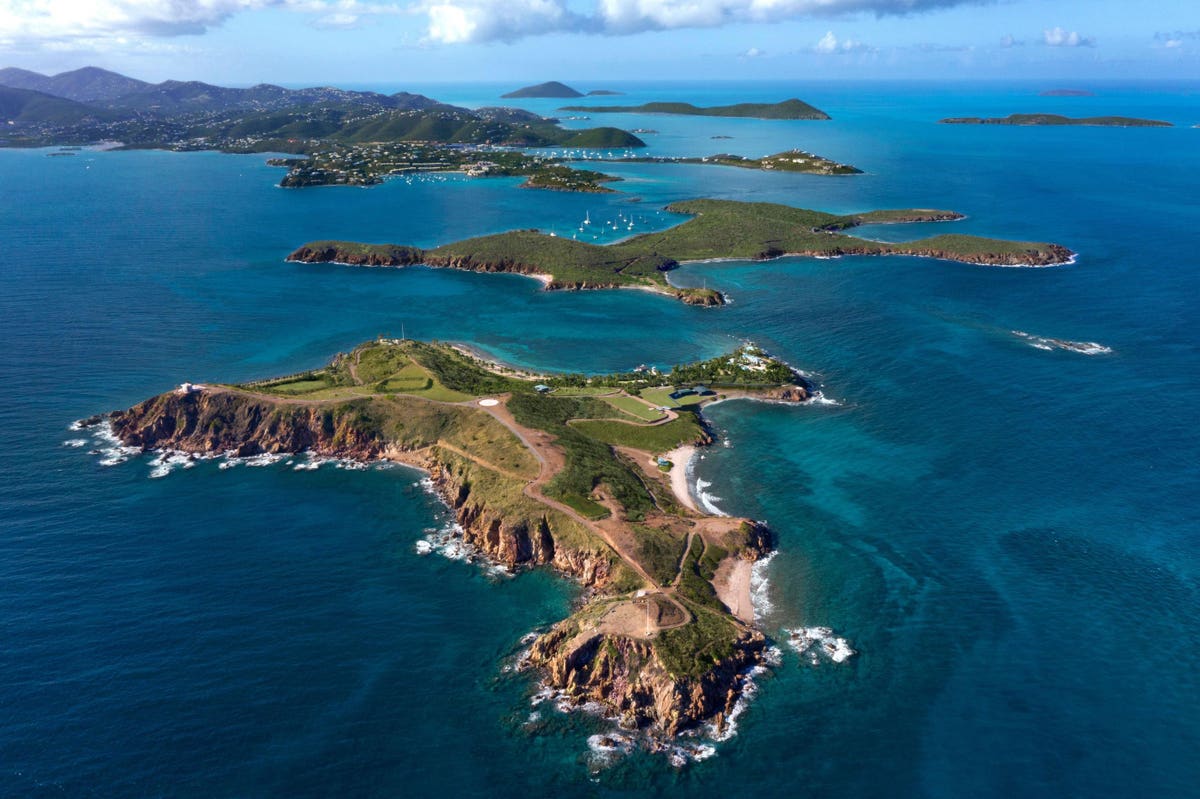 Late disgraced financier Jeffrey Epstein’s two private islands—commonly referred to as ‘Pedophile Island’—in the U.S. Virgin Islands have officially been put up for sale by the his estate.

First reported by The Wall Street Journal, the pair of properties includes Great St. James and Little St. James. Great St. James is the larger of the islands, encompassing nearly 165 acres and situated near St. Thomas, and is fairly untouched. Little St. James, spanning roughly 72 acres, has a main residence, four guest houses, a helipad, private dock, gas station, three private beaches, two pools and a gym. The island, the same location where it was reported that underage girls were forced into sexual servitude, also has a flamingo-laden lagoon, library, cinema, and cabanas. The island also has a mysterious striped temple-like structure, and it’s unclear what the building’s purpose was.

Epstein purchased Little St. James in 1998 and Great St. James in 2016. The New York Post reported in 2019 that he was illegally building a compound on Great St. James. It’s been alleged by Virgin Islands prosecutors that Epstein brought girls as young as 11 to the islands, where he and his associates sexually assaulted the girls, The Wall Street Journal reported. In August 2019, Epstein died by apparent suicide in at a New York detention center while awaiting trial for sex trafficking charges.

The Wall Street Journal also reported that a lawyer for the Epstein estate, Daniel Weiner, said that money from the islands’ sale will pay off outstanding lawsuits and the costs of running the properties. This isn’t the first of Epstein’s homes to have been sold off by his estate. His Palm Beach home was purchased in March 2021 by Florida real estate developer Todd Michael Glaser for $18.5 million, who immediately began a demolition on the property. Epstein’s Manhattan mansion in the city’s Upper East Side also sold in March 2021 for $51 million, and his other properties in New Mexico and Paris are also listed for sale.

While it feels somewhat unimaginable to purchase a home or property where such horrific activities have occurred, there have been other famous ‘cursed’ properties that have become attractions or whose owners or representatives have attempted to distance the properties from their foul pasts. The Versace Mansion is perhaps one of the most notable examples. The Miami mansion was the location of fashion designer Gianni Versace’s murder in 1997, and was sold in 2013 for $41.5 million, more than $80 million lower than it’s original listing. Today, it’s a luxury hotel and restaurant; guests can even sleep in Gianni Versace’s bedroom.

There is also Michael Jackson’s Neverland Ranch—which he abandoned after being acquitted of molesting a teenage boy there—which sold in 2020 to billionaire Ron Burkle for $22 million—some $78 million below what its initial listing price. The ranch has since been renovated and renamed to Sycamore Valley Ranch.

Many homes are stigmatized by their dark pasts, and several have undergone address changes as to not affect future sales. This includes the Brentwood, California home where Nicole Brown Simpson and Ron Goldman were both murdered, which led to the sensational murder trial of O.J. Simpson, who was later acquitted.