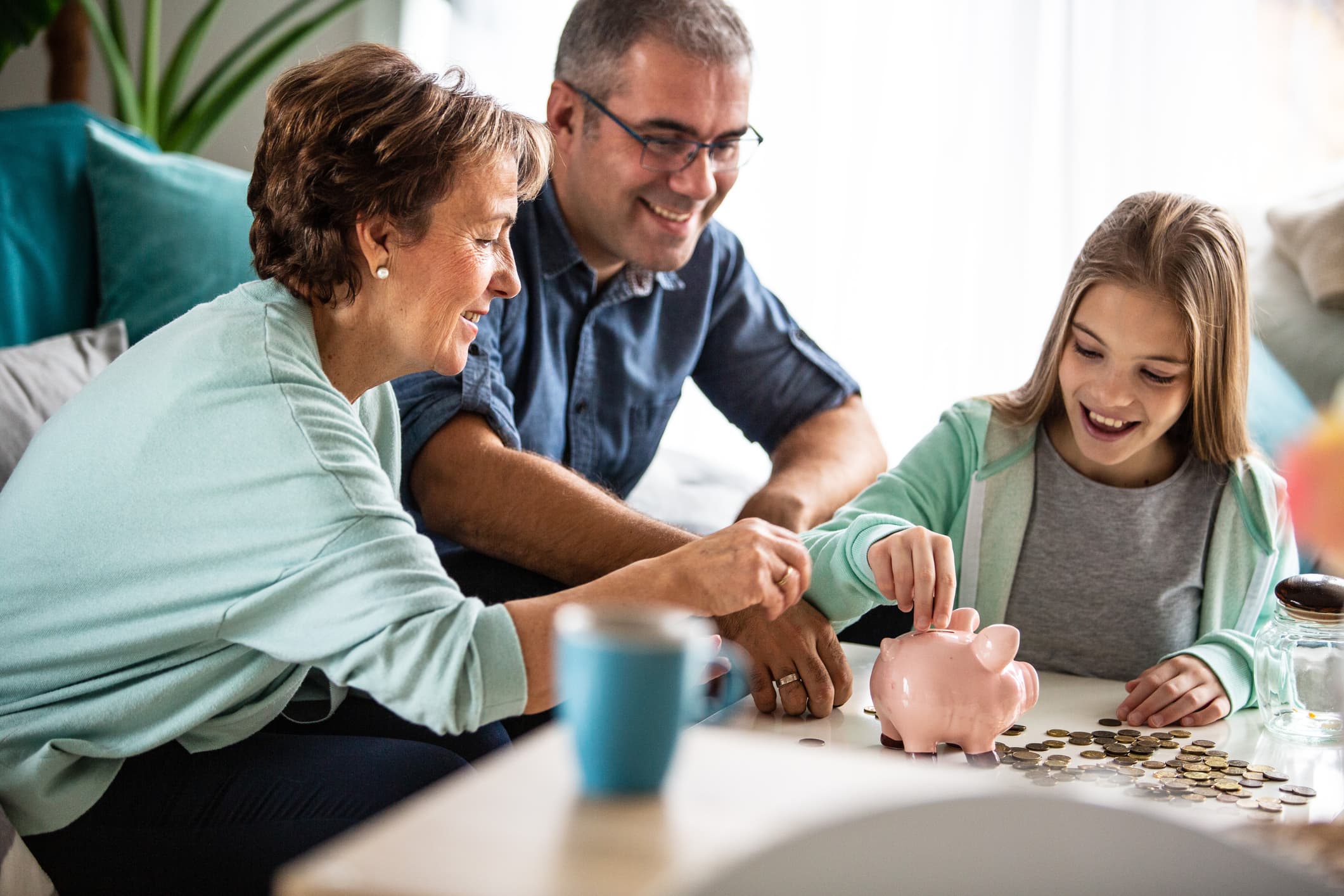 The tween and early teen years can be a tricky time for kids.

Not only are they encountering new social situations and gaining more responsibility, they are also forming a big part of their relationship with money.

“They are starting to understand the consumer world,” she added. “It’s a really great opportunity to make money relatable.”

It’s also a time when kids are starting to have true peer-to-peer relationships and begin measuring themselves against others, said Ali Hutchinson, managing director at Brown Brothers Harriman and leader of the firm’s next generation program.

“Having conversations at home, early and often, about things like income disparity, wealth disparity, the value of money —including online currency — is going to equip the kids to have a better chance at success,” she said.

It’s also important to teach them autonomy and how to delay gratification during these years.

The next time your child asks you to buy something that is out of the norm — such as Justin Beiber concert tickets or a video game — ask your kid to come up with a plan to save up for it.

Work up the cost and build a plan on how you can save for it — and whether it is even within the range of your saving ability, Bonneau said.

That’s where they get lost, she said.

“The clearer you are on the goals, it makes it so much easier to make the right decisions.”

2. Teach them how to earn money

Help your child come up with ways to earn money so that they can start saving toward their goal.

If you have the ability, pay your kid an allowance or pay for doing certain chores around the house.

You can also help your child come up with other ideas to make money, like babysitting or dog walking.

They’ll also have to gain the ability to delay a purchase.

You want to teach them how to make a good and best choice … with the amount of resources they have.

“If you want what you want and want it right now, you won’t have the time to do your due diligence on the item you desire,” Hutchinson said.

Have them conduct research of the item they want to buy — which will also teach them to spend wisely. Show them online reviews and help them differentiate between paid advertising, influencers and unbiased reviews.

Even if they did their due diligence, your children may still make the wrong spending choice.

“Research has found that maybe it makes sense to let them ‘fail’ a little bit now,” she explained.

“Maybe they will remember that feeling when it comes to potentially a bigger failure later on.”

When you take your kids shopping for something like clothes, give them a budget to work with. Have them add up the purchase total, including a tax, before they bring it to the register, Bonneau said.

So, if you give your child a $100 budget and he or she comes back with $120 worth of clothing, they’ll have to decide what to keep and what to put back.

“You want to teach them how to make a good and best choice … with the amount of resources they have,” she said.

This way, “they don’t become an adult that just puts everything on a credit card because they didn’t know how to work within the context of a budget.”

Conversations around money used to feel taboo. Yet experts believe they are vital, especially for children.

You can start by asking your kids questions, such as how would you describe our family’s values, and how would you respond to a friend who wants you to pay for something you don’t want to pay for, Hutchinson advised.

“When comes to 10- to 14-year-olds, it’s really hard to know exactly what they know, so asking questions and listening to their responses is really important in this age range,” she said.

“They may know a lot more at this age then you are giving them credit for.”

This is the age where charts and graphics are really helpful.

So, if your child has a savings goal, make a chart and track every time he or she saves money.

“That’s really a good way to help them visualize and feel a little bit of instant gratification,” Bonneau said.

This is a good age to start introducing the concept of interest — paying it and receiving it.

However, sitting kids down with a spreadsheet can be counterproductive.

Instead, try a “real life concrete example instead of an abstract concept,” Hutchinson said.

﻿More from Invest in You:
Top 5 money lessons for kids as young as 5
How to teach your kid to think like an entrepreneur
Your kids don’t think your money skills measure up

For example, if they have a purchase they just can’t put off, consider lending them money and charging them interest. Teach them how, over time, they’ll have to pay you back and that it will be a little bit more, she advised.

It’s also a lesson on how to build reserves and a rainy day fund, when they understand that interest can work in their favor, as well.

If you are able, consider buying your child one share of a company they can relate to, Bonneau suggests. It can be a part of the child’s college savings plan or other fund.

Then, engage your child by going over the statements, having ongoing conversations about it and reviewing the investment. This way you can build a habit, even if they don’t fully grasp the concept.

“Maybe the child isn’t really recognizing what is going on, but they are starting to at least understand,” she said.

When your kids were younger, you may have taught them to divide their money into three categories: spend, save, donate.

At this age, you can get more specific when it comes to philanthropy.

For example, every year on his or her birthday, you can make a charitable donation part of the gift. Let the child pick the charity and present it to you, and then you make the donation.

It “get them in the mindset of giving and being very thoughtful about that and that it is part of your financial life,” Bonneau said.