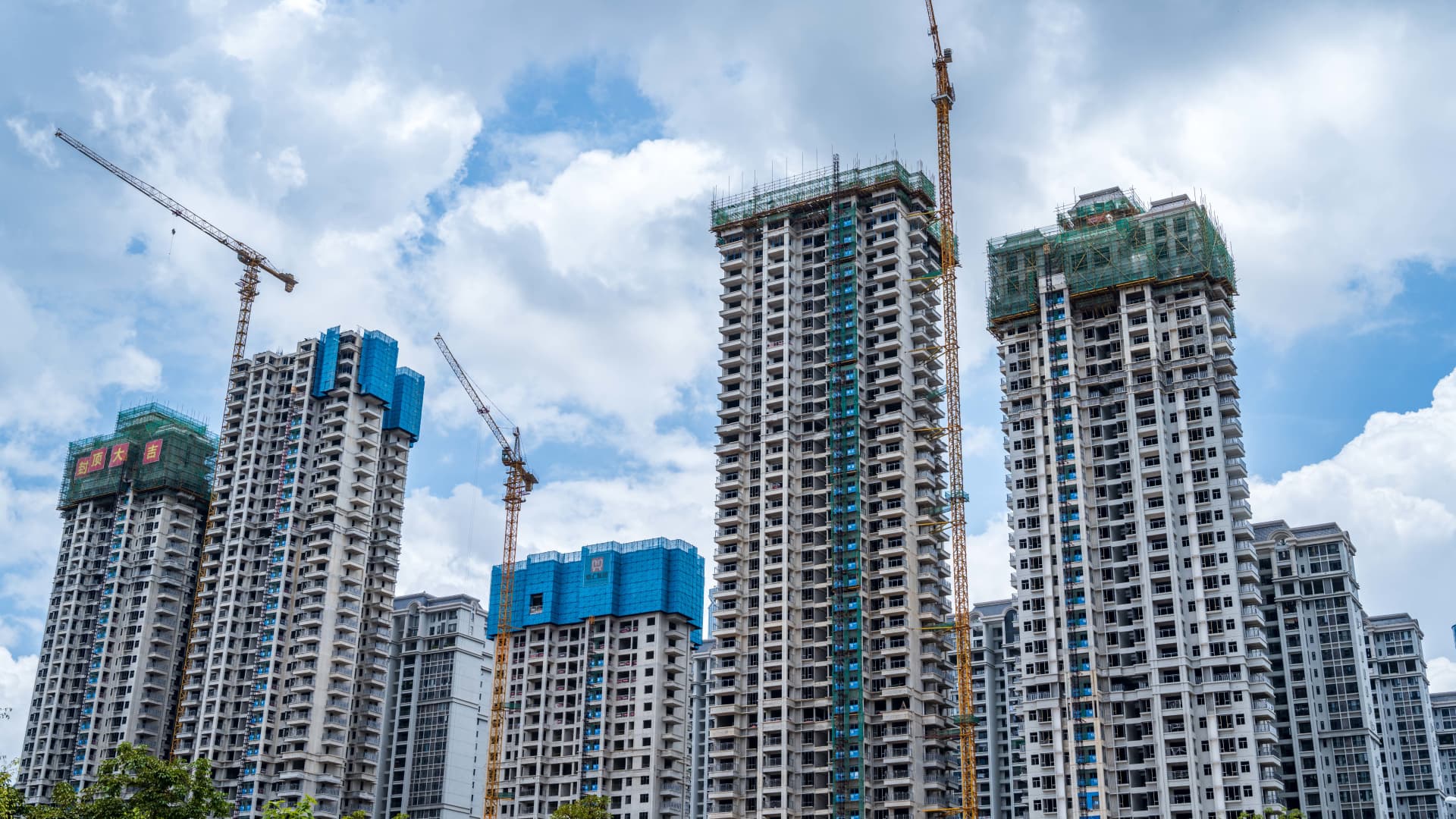 BEIJING — Goldman Sachs has cut its forecast for the MSCI China index due to a worsening slump in China’s property market.

The investment bank slashed its earnings outlook for the index to zero growth for the year, down from 4% previously, according to a report published late Thursday.

The analysts also cut their MSCI China price target over the next 12 months to 81, down from 84. MSCI China tracks more than 700 China stocks listed globally, including Tencent, BYD and Industrial and Commercial Bank of China.

The index has tumbled more than 6% in July alone as worries about China’s property market added to existing concerns about Covid, tech regulation and geopolitics.

The new, reduced target means there’s another 18% upside from the index’s close of 68.81 on Friday, but it also means the index is expected to decline by about 3% this year versus posting a mild gain.

China’s property market has come under renewed pressure in the last several weeks as many homebuyers stopped mortgage payments.

They complained the cash-strapped developers were too slow to finish constructing apartments, which had been bought before completion, as is common in China.

Beijing has tried in the last few years to crack down on developers’ high reliance on debt for growth. As big names like Evergrande defaulted late last year, investors worried about spillover to the rest of China’s economy.

“Residential-led growth” for China’s economy is coming to an end, Henry Chin, head of research for Asia-Pacific at CBRE, said Monday on CNBC’s “Squawk Box Asia.”

He pointed to an underlying bifurcation in the market: housing demand coming back in China’s largest cities, but oversupply in smaller cities that could take “up to five years” for the market to absorb.

Real estate and related industries account for more than 25% of GDP in China, according to Moody’s.

Goldman’s property team has cut its expectations for new housing starts — a year-on-year decline of 33% in the second half of the year versus a previously forecast 25% drop.

The investment bank’s equity analysts expect state-owned property developers to outperform those not owned by the state. Within China stocks, Goldman prefers sectors such as autos, internet retailing, and semiconductors, but is cautious on bank stocks due to their exposure to housing-related loans.

Earlier this month, Goldman economists cut their China GDP forecast to 3.3%, down from 4%. The economists cited “all the unresolved problems in Covid and housing as well as the increased risks in global demand and Chinese exports.”

China reported 0.4% GDP growth in the second quarter from a year ago, bringing growth for the first half of the year to 2.5% — well below the official full-year target of around 5.5%.

Nomura’s chief China Economist Ting Lu warned in a report Friday that “the slowdown may be even worse than data suggest” and noted the property sector “deteriorated beyond even our bearish expectations.”

“The outbreak of Omicron and lockdowns from March to May have materially worsened the situation, as lockdowns have limited Chinese households’ purchasing power and reduced their appetite and ability to purchase new homes,” Lu said.

While China’s new Covid cases have climbed into several hundred a day, most infections have been in the central part of the country rather than the metropolises of Beijing and Shanghai.

Over the weekend, one of the hardest-hit areas, Lanzhou city, said the risk of disease transmission has come under control.