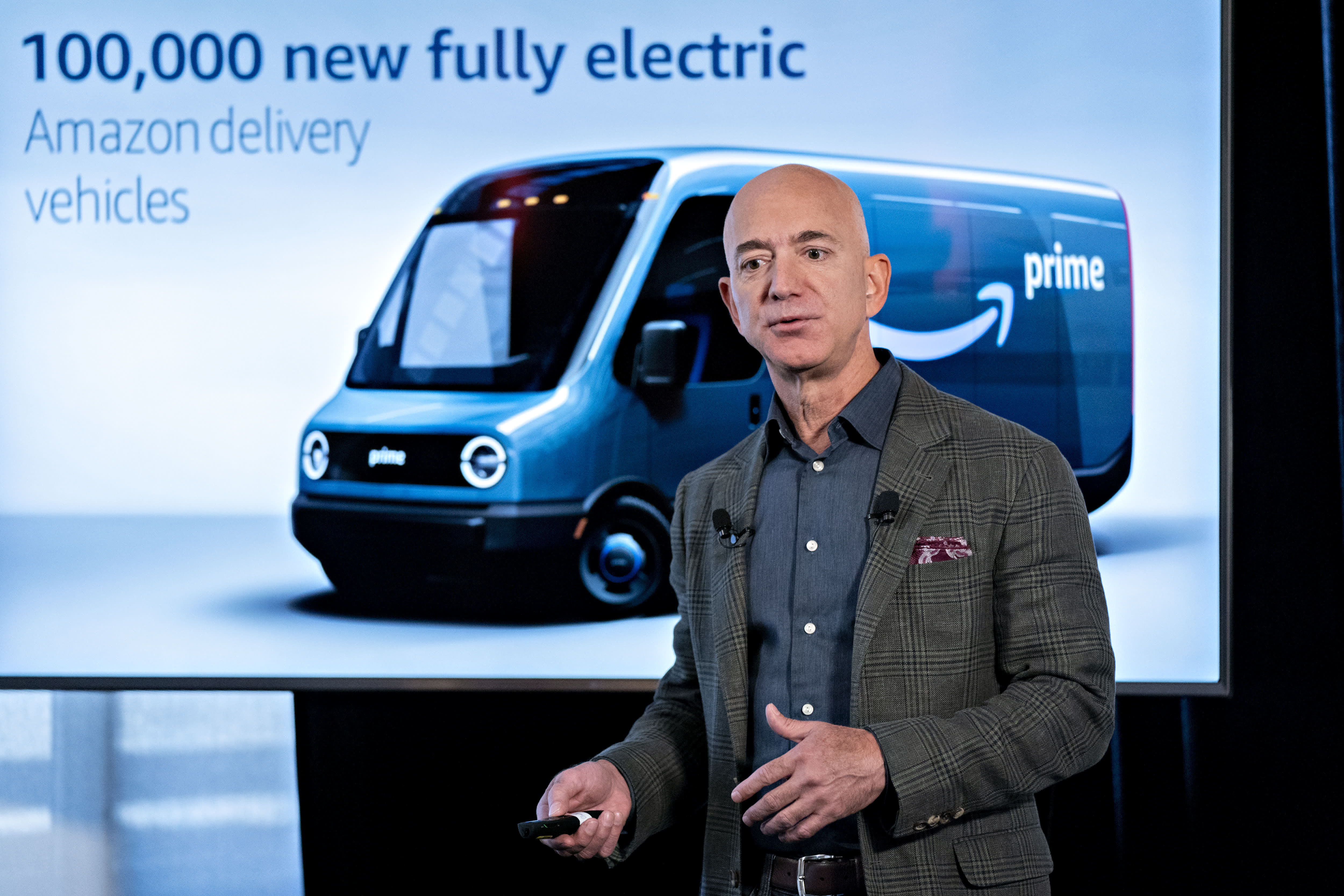 Amazon’s ongoing effort to get orders to your doorstep more quickly is likely to drag down profit numbers when the company reports fourth-quarter results on Thursday. But revenue growth keeps chugging along.

In its last earnings report in October, Amazon said it would spend $1.5 billion over the holiday period to build out its one-day delivery program and make it the standard for Prime subscribers, on top of the $800 million it invested in each of the prior two quarters.

The company is expected to post a drop in fourth-quarter profit to $4.03 per share from $6.04 per share in the same period a year ago, according to Refinitiv estimates. At the same time, analysts expect Amazon to report sales growth of 19% to $86 billion from $72.4 billion, keeping in line with recent expansion rates. Revenue has climbed between 17% and 24% in each of the past four quarters.

Amazon trails the S&P 500 over the past year

Amazon issued disappointing revenue guidance in its third-quarter results, setting the stage for a potentially underwhelming holiday shopping season. However, the company put those concerns to rest last month when it claimed customers shopped at “record” levels. Michael Pachter, an analyst at Wedbush Securities, wrote in a report that Amazon’s aggressive push into one-day delivery probably provided a “nice boost to (near) last-minute purchases ahead of Christmas.” He recommends buying the stock.

Benchmark’s Daniel Kurnos, who also has a buy rating on Amazon, echoed that sentiment in a note to clients.

“We expect another record revenue holiday quarter, which could eclipse the high end of guidance thanks to share gains from the impressive, aggressive, one-day shipping rollout,” Kurnos wrote. He added that operating income may miss estimates, “as, let’s face it, one-day delivery is expensive.”

Other key topics for investors in Thursday’s earnings release and subsequent call with analysts will be growth at Amazon Web Services, the company’s ad business, the increasing threat of antitrust action and Alexa-powered devices.

AWS continues to be Amazon’s biggest source of profit, but revenue growth has slipped. According to FactSet, analysts expect sales at AWS to climb 28% to $9.81 billion from $7.43 billion a year earlier. While Amazon still leads the cloud infrastructure market, Microsoft has been gaining ground and said on Wednesday that Azure revenue surged 62% in the latest quarter, topping some analysts’ estimates.

Amazon suffered a blow late last year when Microsoft beat out AWS to win the hotly contested JEDI defense contract, worth up to $10 billion over a decade. Amazon has protested the awarding of the contract and said last week that it filed a motion to pause Microsoft’s work on the Pentagon deal until a court rules on it.

Facebook and Google continue to control the digital ad market, but it’s turned into a big business for Amazon and the company is boosting its sales force. Analysts expect revenue from Amazon’s ad unit, which falls under the “other” category, to continue accelerating in the fourth quarter, after growing 44% during the previous period. Amazon’s Fire TV could be the next big frontier for advertising, helped by the fact that it crossed 40 million active users globally earlier this month, Stifel analysts wrote in a note to clients.

The threat of regulation continues to loom over Amazon, especially as election season gets closer. Amazon faces an ongoing antitrust investigation from the European Union, as well as a reported probe by the Federal Trade Commission. The Trump administration is also beginning to crack down on the sale of counterfeits on Amazon and other online marketplaces.

WATCH: Amazon’s head of devices on growth and privacy regulation