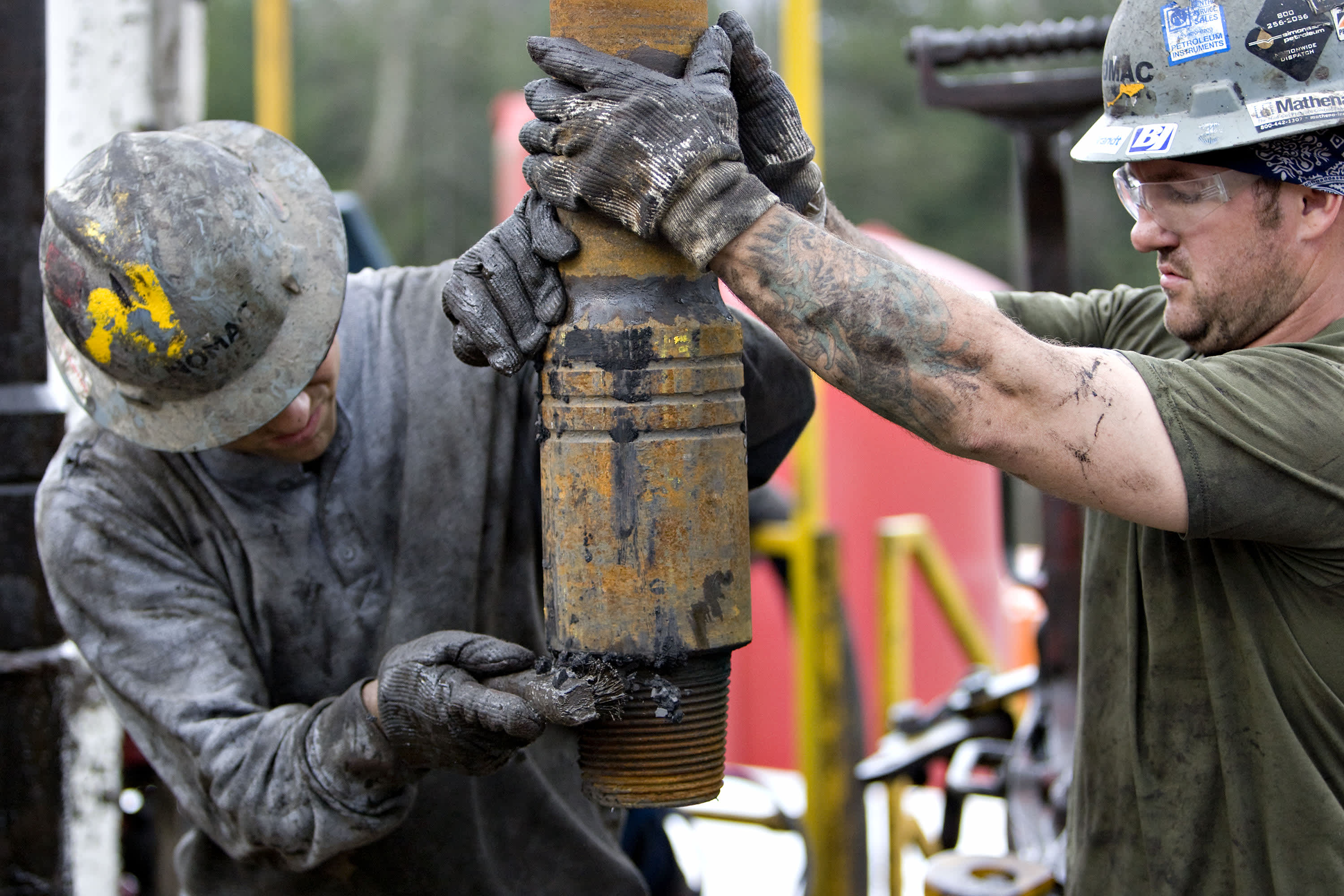 That’s because it usually takes more than one day for clarity to arrive, but the “Mad Money” host said Friday there are really only three oil stocks that make sense in this uncertain and overdone environment.

They are: BP, Schlumberger and Pioneer Natural Resources.

“Otherwise, though, I’d much rather play this Iranian situation with the cyber-security stocks, which are not at all overdone,” Cramer said.

As analysts and investors try to parse the trajectory of oil prices while awaiting potential retaliatory action from Iran, Cramer said it’s important to look at the forward curve.

The most critical indicator of where oil is headed, the forward curve for five years in the future only rose $.43, Cramer noted.

“The world has changed since the days when the Middle East controlled the price of oil. The margin producer is now the United States,” Cramer said. “That’s why crude has so much trouble getting any kind of lift.”

That is also why Cramer also generally has struck a more bearish view toward oil stocks, especially since September, when a drone attack on Saudi Arabian production facilities took offline half of the country’s oil supply.

At the time, he advised to viewers to sell some of their oil stocks.

But for the three oil stocks Cramer called out Friday, each has a slightly different investment proposition.

Cramer said the rest of the bunch are likely overdone, pointing to the fact Chevron and ExxonMobil didn’t rally despite the jump in crude prices.

A decision to buy shares of Houston-based Schlumberger rests on the possibility of more worldwide drilling, “something that is already happening,” Cramer said.

Pioneer Natural Resources, located in Irving, Texas, is worth buying for “speculation if you’re betting that the price of oil will zoom higher,” Cramer said. “It could also be taken over, by the way.”

As for the market as a whole, Cramer said he does not believe there is much Iran could do to significantly impair its long-running move to the upside.

But, Cramer said, “if they decide to ratchet up their support for terrorism, well that could lead to some real tragedies.”