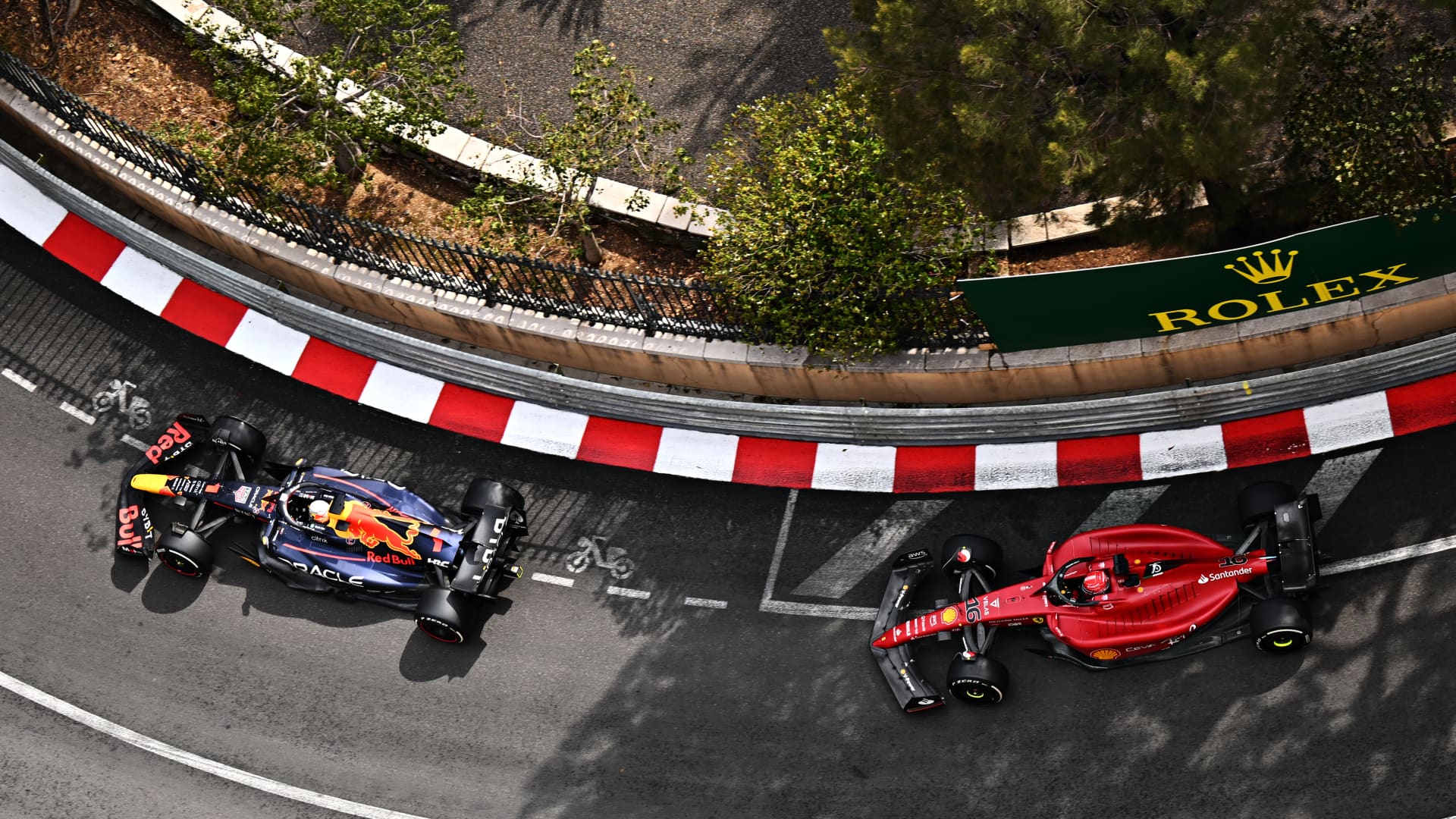 Formula 1’s top teams Red Bull, Ferrari and Mercedes all believe they are at risk of penalties for going over the sport’s budget cap this season, with Christian Horner calling for the FIA to act quickly to avoid an “accounting world championship.”

All F1 teams have a cost cap of $140 million (£119 million) for 2022 — with the limit intended to improve competition — but a dramatic rise in inflation and freight costs has put teams’ budgets under unexpected strains.

That has led to Red Bull, Ferrari and Mercedes, the sport’s biggest and currently most competitive teams, all stressing that the budget cap to be increased due to the “force majeure” circumstances.

However, there is opposition on the grid — such as from Alfa Romeo and Alpine, who see no reason to up the cap.

“At the time we all agreed to those reductions, nobody could have predicted what was going on in the world and how that is driving inflation in every household globally,” Red Bull team principal Horner told Sky Sports F1.

“They have the ability through force majeure to apply an inflationary effect because we don’t have enough levers to get down to the cap. I think that’s the same for probably seven of the teams in Formula 1.

“We’ve still got six months left this year, inflation still looks like it’s rising rather than diminishing, and hopefully the FIA will act shortly.”

Agreeing with his rival team boss, Ferrari’s Mattia Binotto added: “I think that there will be no way for us to stay below. So, I’m pretty sure that at some stage we will go over.

“In the regulations, there is a threshold, which is a 5%. If you do not exceed the 5% on the top of what’s the budget cap threshold, it will be considered a minor breach. And what’s a minor breach in case of force majeure? What will the stewards and the FIA decide on that, in terms of penalties?

“No idea — but I don’t think there is any way for us — and for many teams — simply to stay within, and even laying-off people, I don’t think that’s a good and right choice.”

Horner also stressed that Red Bull “were going to end up with more people in our financial department than we have in the drawing office” and added: “What we don’t want to see is that Formula 1 becomes an accounting world championship, rather than a technical or sporting one.”

Mercedes are also siding with their rivals on the grid.

“The cost cap was introduced for specific purposes, to allow the small teams to spend the same amount as the big ones,” explained Toto Wolff. “There shouldn’t be a bargaining every year to lift the cost cap up.

“But I think we’re facing an exceptional situation in that we have a real inflation that is north of 7% at the moment. Our energy prices in Brackley have tripled, our freight costs have tripled.

“I think that is something that needs to be considered because we want to avoid any circumstance, reorganizing restructuring the big teams again in a way that would be really damaging for us as a team and as an industry.

“This is a force majeure situation, having a raging war in the Ukraine and the consequences that it had on energy prices is not something anybody could have foreseen.

Two of the teams that are against an adjustment are Alpine and Alfa Romeo.

“Most teams do their budgets in November, December timeframe, for the following year and we are no different,” stressed Alpine’s Otmar Szafnauer. “And at that time, inflation was already at 7%+. RPI in England was 7.1%, 7.2%.

“We took that into consideration when we did our budgets and laid out all the development work that we were going to do. And we’re still within it.

“Where there’s a will there’s a way and we set a budget cap and we should stick to it.”

“We are in this situation and sooner or later we will have to stop the development of the car because we will be at the limit of our budget. And I think everybody can do the same.

Horner, however, said wanting the budget increased was “not about new parts.”

“We haven’t introduced that many components, particularly compared to a standard season,” he continued. “Of course what we’re trying to do is be very selective in the parts that we’re producing.

“I think what we do need is clarity, and clarity quickly. Because, quite simply, it’s not right to be held to ransom by a couple of teams that aren’t perhaps effective — because that was never the design of the budget cap.

“The budget cap was there to limit the top teams from a spending frenzy.”